According to researchers at Harvard affiliated Massachusetts General Hospital, the thickness of growth marks on baby teeth can be an indicator of risk of depression or other mental health disorders.

The study, which consisted of 70 children from the Avon Longitudinal Study of Parents and Children birth cohort found evidence that teeth may record early-life events. 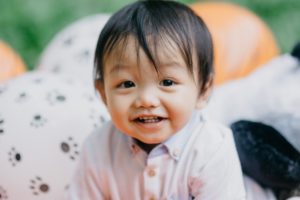 The study was created due to senior author Erin C. Dunn’s interest in childhood adversity, which research suggests is responsible for up to one-third of all mental health disorders and having a tool which does not rely on memory to measure it.

Dunn comments that nobody is entirely certain why the change in the teeth is found, but it could be down to excess cortisol – the stress hormone – interfering with the cells that create enamel, or inflammation.

If the findings can be replicated in a larger study, Dunn believes it is possible to identify children who have been exposed to early life adversity. She comments: ‘Then we can connect those kids to interventions, so we can prevent the onset of mental health disorders and do that as early on in the lifespan as we possibly can.’