Grieving friends and relatives from ethnic minority backgrounds are suffering from a lack of appropriate help to cope with losing a loved one, especially during the Covid-19 pandemic, a report has revealed.

The paper, Bereavement care for ethnic minority communities: A systematic review of access to, models of, outcomes from, and satisfaction with, service provision, revealed that the scarcity of data on the services that are available means providers do not know how support should be delivered to ensure they are suitable for different groups of people.

The team, led by the Universities of Leeds and Sheffield, reviewed evidence on UK bereavement care for ethnic minority communities to determine how easy it was to access, what it looked like, and what the outcomes were.

They said people representing those communities need to be involved when services are developed and delivered to ensure that groups get the support they need.

‘We were keen to understand what research had been conducted that could inform how bereavement care should be delivered for people during the pandemic.

‘We found a stark lack of evidence focusing on people from minority ethnic groups, with only seven studies published over the last 25 years.

‘The limited studies highlighted multiple challenges faced in accessing bereavement care. There is an urgent need for research and evidence to understand how bereavement support can be developed to ensure they meet the specific needs and preferences of different minority ethnic groups.’

The team reviewed feedback about bereavement services between 1995 and 2020, which was provided by bereaved adults and children from UK ethnic minority populations, and people grieving the death of a person from an ethnic minority group. 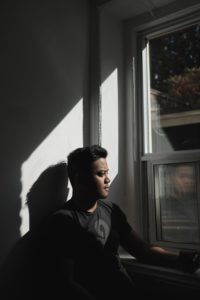 The review revealed a lack of awareness about bereavement care for ethnic minority communities among health professionals, while access to interpreters was variable – as was the availability of psychological support. Two-thirds of the palliative care teams surveyed did not provide any form of bereavement support.

Support offered was not always needed or suitable for ethnic minority communities, with 17 or 18 participants in one study saying their family was their main source of support.

Help from friends, neighbours and religious communities was also common. And one study showed personal faith and support from a religious leader was more important for bereaved people from a black Caribbean background than for people from white backgrounds.

One study revealed that other methods of support, like a memorial service, had a strong Christian theme, which may have precluded those from other faiths or cultures from attending.

One study described the significant financial difficulties experienced by half of the 19 Bangladeshi participants after a death, with trying to meet the costs of transporting the deceased back to Bangladesh given as an example.

Romany Gypsy and Traveller respondents described a cultural practice of not speaking about bereavement within the close-knit community, which researchers say can potentially increase the risk of poor mental health following significant loss or bereavement.

Among this group there is reported stigma and shame associated with mental health illness, including bereavement-related depression, resulting in a reluctance to seek formal support.

The researchers say healthcare policymakers should now work with ethnic minority groups to design the most appropriate models and formats of bereavement care that meet their needs and preferences.

This will improve the understanding of the role of family, friends and existing support systems, and begin to develop the evidence base underpinning current provision.

First author and research co-lead Dr Catriona Mayland, from the University of Sheffield, said: ‘There is a need to understand the role in bereavement care played by families, friends, faith and community-based support groups.

‘Additionally, it is only by adopting a true partnership approach that we can understand what type, and in what way, bereavement care should be provided. This will enable better support for those experiencing grief from ethnic minority communities.’

The Department of Health and Social Care has been contacted for comment.