The government has appointed Dame Carol Black as an independent advisor on drug misuse and will publish an ambitious new drug strategy later this year.

Dame Carol will advise the government on the development and delivery of a new drug strategy, to be published by the end of the year.

The strategy will take a genuinely cross-government approach to tackle the supply and demand for illegal drugs simultaneously.

The response also includes immediate actions to deal with the problems of drug misuse, including by expanding Project ADDER, which combines targeted law enforcement against drugs gangs with improved treatment and recovery services, to eight new local authorities with £31m in new funding for the next two years.

The programme brings together partners across health, enforcement, employment and housing to tackle the problems of drugs misuse across the board. 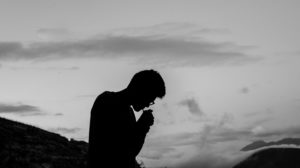 Dame Carol’s independent review on drugs exposed the scale of the challenge of illegal drug misuse and made clear that a joined-up approach across all parts of government is needed to tackle this issue.

The government is setting out its initial response to parts one and two of Dame Carol’s review. The response commits to a comprehensive, whole-system approach to tackling drugs, actively disrupting criminal supply chains that fuel illegal markets, supporting people through treatment and recovery, and ridding communities of the harm drug misuse causes.

Dame Carol Black said: ‘Drugs inflict serious and increasing harm on society and, as my review shows, the provision of services for those addicted requires a reformed whole-system approach.

‘I am pleased that the government have signalled their intention to prioritise this by establishing the Joint cross-Government Unit which was one of my recommendations.

‘I am also delighted to have been given the opportunity to continue to advise the government which shows that they want to put treatment, recovery and prevention at the heart of the upcoming strategy. I will use this role to keep holding all partners to account and to support efforts to combat the drugs that ruin so many lives.’