Care England has given oral evidence to the Low Pay Commission (LPC) regarding the implementation of the National Living Wage and other minimum wage rates in the adult social care sector.

This follows its earlier written submission to the LPC and roundtable with Care England’s HR Group and LPC Commissioners.

Care England said both its submission and oral evidence were informed by the daily conversations that it has with its members regarding the adverse implications of the systemic underfunding it sees in the sector, in particular:

• How the National Living Wage and other minimum wage rate increases are rarely accounted for in the fee uplifts given by local authorities in England.

• Good and fair wages remain a lynchpin in the future sustainability of the adult social care sector and workforce.

• The nuanced nature of the adult social care sector and the fact that, in many parts, it is unable to set the prices that it charges for admissions. Something that is completely unlike many other sectors.

• The Covid-19 pandemic has damaged the financial sustainability of an already unstable sector. In particular, the interaction between occupancy rates and base costs. 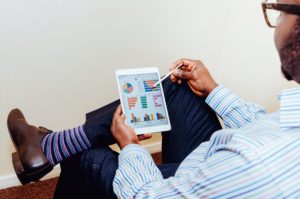 Professor Martin Green, chief executive of Care England, said: ‘For too long, the National Living Wage and other wage rates have been increased annually, however, the government has failed to account for such increases in its funding for the sector.

‘Care England sincerely hopes that the government finally delivers on its promise of a fair funding model for adult social care.

‘Given the sector’s contribution both in this pandemic and more broadly, it is surely incumbent upon the government to implement a funding system that allows the National Living Wage and other wage rates to be implemented in a sustainable fashion that at the same time ensures the financial sustainability of adult social care providers.

‘Therefore, we would implore the government to listen to the Low Pay Commission’s own guidance and recognise its own role and responsibility ‘in the sectors which government itself funds, social care and childcare, sufficient funding is necessary to meet the cost of the rising NLW’.