The country deserves to have a properly funded social care system, paid for by the taxpayer, and should not have to worry about care costs in later life, campaigners said today.

Welcoming a report into people’s attitudes to their later life care, the care provider organisation the Independent Care Group (ICG) said people had a right to expect they would be looked after as they got older.

The report, ‘Just Group Care Report 2021 – The Policy Vacuum’, looks at the understanding and attitudes of over-45s towards later life care.

It reveals that confidence in the government to deliver its promised reform of care has fallen from 26% last year to 13%. It found that people were putting off planning for care and were hoping for a clear policy announcement. People are still making donations to their children, despite uncertainty over future care costs.

ICG chair Mike Padgham said he understood the lack of government confidence: ‘It should be a fundamental right in this country that people are looked after properly in later life and should not have to worry about selling their home and seeing all of their savings lost.

‘We should have a properly-funded and sustainable care system, funded by all of us through taxation or National Insurance, just like the NHS, that looks after us when we reach a time in our lives when we need help. That should be a basic human right in this country.

‘It shouldn’t mean that people have to sell their home and it should mean that they can still pass on an inheritance to their children to help them with their lives.’

‘As we have been promised reform time and time again without it being delivered, it is understandable that confidence is falling.

‘Government after government, including this one, have reneged on promises to reform the sector and betrayed 1.5m people who currently can’t get the care they need and everyone else who will need care in the future.’ 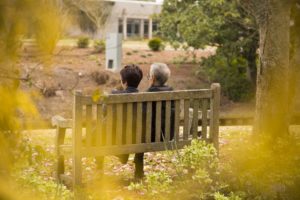 In an open letter to carers, new health and social care secretary Sajid Javid said: ‘This past 18 months, you’ve all moved mountains to keep people safe.

‘You don’t only have my gratitude, but my word that I will now do everything I can to look out for you.’

Mr Padgham added: ‘Mr Javid has promised ‘to look out’ for social care, well we have to hope that he does.

‘We have to give him the benefit of the doubt, he has just taken on the role. He has a wonderful opportunity to make a fresh start and begin the process of social care reform where others have hesitated and faltered.

‘We wait to see, but we cannot wait much longer.’