The Royal Society for Public Health (RSPH) is calling on the government to put further restrictions on gambling advertisements as part of its Gambling Act Review.

This comes after polling conducted by YouGov found that three quarters (77%) of adults and two thirds (66%) of 11 to 17-year-olds would support a ban on gambling adverts being shown on TV and on the radio before 9pm.

The research showed overwhelming support for tighter curbs on gambling advertising, with almost two thirds (63%) of the adult respondents and more than half (53%) of the young people surveyed in favour of a total ban on ads for gambling products. Only 14% of adults and children opposed a total ban.

The start of Euro 2020 means that football fans across the country will be exposed to gambling ads in the second half of matches with a kick-off at 8pm.

A gambling advertising watershed would fall in line with recent announcements by the Government that adverts for foods high in fat, salt and sugar (HFSS) will be banned in broadcast media and online before 9pm.

The public were also in favour of:

With the Department for Digital, Culture, Media and Sport now considering responses to the Gambling Act Review call for evidence, RSPH is calling for tighter rules for gambling advertising as part of a public health approach to reduce the harm caused by gambling. 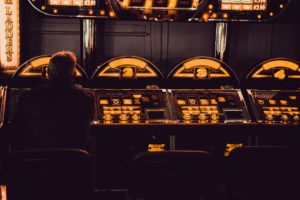 Extensive evidence shows that advertising influences behaviour and drives gambling activity. Gambling products are addictive and can inflict widespread damage across society, with up to 20% of the population at risk of gambling harm.

Physical and mental health issues are linked to gambling difficulties, and gamblers are at a greater risk of suicide and early mortality.

Estimates suggest that for every one person with gambling difficulties, between six and ten others are harmed. Unsurprisingly, those who reported being negatively impacted ‘a great deal’ or ‘to some extent’ by someone else’s gambling were slightly more likely to back stricter measures, although there was broad support across the cohort.

Christina Marriott, Chief Executive of RSPH said: ‘Advertising is a powerful force in our society, it not only influences what we buy, but it also tells us what is normal, and what we should aspire to.

‘Given the harm that gambling can inflict on individuals, families, workplaces and communities, we need to take a stronger stand against it being embedded into our social and cultural lives.

‘We no longer allow air time to other products which harm our health, like tobacco products: gambling should be no different.’

Carolyn Harris MP, chair of the Gambling Related Harm All Party Parliamentary Group said: ‘There is strong public and parliamentary support for a ban on gambling advertising.

‘Gambling advertising should be banned to protect children and those at risk from gambling harm.’