A former looked after child told the Local Government and Social Care Ombudsman (LGSCO) that she suffered physical, sexual and emotional abuse while she was in foster care and council-run residential units.

LGSCO said the London Borough of Lewisham exposed a former looked after child to ‘significant harm’ while she was in its care and failed to look into her concerns properly.

The woman complained to the Ombudsman that the council did not properly investigate when she made allegations of significant and repeated incidents of physical, sexual and emotional abuse while she was a child in foster care and council-run residential units.

She told the Ombudsman she was left homeless at one point while in the council’s care, was not provided with adequate support when she left care, and was never told of the outcome of the investigation into her allegations.

The council investigated, but the Investigating Officer (IO) and Independent Person (IP) who investigated at Stage Two of the complaints procedure were not provided with all the records they needed to complete the investigation.

At first the council refused access, and then made it difficult for the IO and IP to view the records, often only giving them redacted versions.

The council also failed to complete standards of care review and child protection enquiries following allegations made about the foster carers.

This meant there was a lack of evidence for it to address or act on to mitigate any continued risk of significant harm to the foster carers’ own children or any other children placed with them.

The Ombudsman also found the council failed to act on the recommendations made in its stage two investigation, it did not offer an appropriate remedy for the significant injustice caused by its faults, and for the delay in completing the stage two process, and it failed to have sufficient regard for the woman’s human rights. 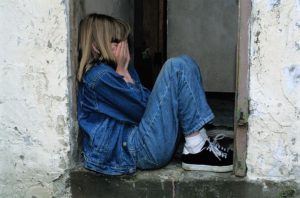 Michael King, local government and social care ombudsman, said: ‘My investigation found London Borough of Lewisham failed in its role as this woman’s corporate parent to keep her safe, provide her with the minimum of ‘good enough’ parenting, and prevent her being exposed to further significant harm while placed in its care.

‘And instead of being open and transparent, both with my investigator and those tasked with its own internal investigation, it sought to impede the process by withholding the full body of evidence it holds.

‘This has left the young woman distressed not only by what happened to her, but also by being denied closure without knowing the outcome. “It is important the council uses this case as a chance to learn.

‘So I welcome it agreeing to my recommendations to improve its processes, which should benefit all looked after children in the borough.’

The council has agreed to the Ombudsman’s recommendations to pay the woman £7,500 for the avoidable distress and harm she was caused.

It has agreed to provide her with the outcome of the investigation into her former foster carers, together with details of any other action taken following her allegations relating to the foster carers’ continued approval and child protection enquiries where this relates to her.

The council has also agreed to review its approach to information sharing in the statutory children’s complaints procedure and with the Ombudsman’s investigations.

Cllr Chris Barnham, cabinet member for children’s services at the London Borough of Lewisham, said: ‘Children in our care are often among the most vulnerable, and ensuring they are properly looked after is one of the most important things we do as a council.

‘We take this responsibility extremely seriously. Lewisham Council accepts the findings of the LGSCO report and acknowledges that historically there were a number of shortcomings in the quality of services delivered by Lewisham Children’s Social Care and how we responded to a complaint made by a young person in our care.

‘The complaints and the events referred to date back a number of years, and there have been significant service improvements since that time. Nevertheless, we take the criticisms very seriously and have ensured the LGSCO’s recommendations are acted upon.

‘A comprehensive plan to drive up standards has been in place in Lewisham Children’s Social Care since 2018 and we are seeing a positive trajectory of improvement. We are committed to continually improving our services for children in care, and the learning from this report has informed our improvement planning.

‘We have apologised unreservedly to the complainant and have shared with them the reports requested by the Ombudsman.’