Councils and charities are raising awareness about domestic abuse and the help and support available during EURO 2020 with a rise in referrals of cases of domestic abuse often seen during major football tournaments.

Studies have found that reported cases of intimate partner violence increased by 38% when England lost and by 26% when they won or drew and the number of alcohol-related domestic abuse incidents reported could be 47% higher when England win during an international tournament.

The Local Government Association, which represents councils across England and Wales, is highlighting helplines for victims of domestic abuse, along with perpetrators seeking help to change their behaviour and bystanders who may be concerned about someone they know or see.

Common signs of domestic abuse include but are not limited to:

For those who believe they are displaying signs of abusive behaviour themselves and are looking to change, Respect’s freephone number offers support and advice on 0808 8024 040.

‘Football does not cause domestic abuse – the behaviour and actions or abusers who exert power and control over their victims cause it.

‘However, with research showing a clear link between football tournaments and rising instances of domestic abuse, there is a need to ensure people are aware of the potential signs of domestic abuse and where to go to report it or seek help.

‘Councils will continue to work closely with the Domestic Abuse Commissioner, the Government, the wider domestic abuse sector and partners to help tackle this important issue.’ 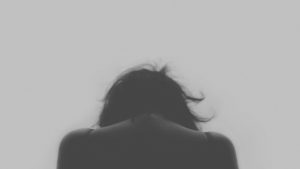 Ruth Davison, chief executive of Refuge, said: ‘As the EUROs start, our message to people experiencing domestic abuse remains clear: You are not alone, Refuge is here for you.

‘While of course football tournaments do not cause abuse – abuse is a choice a perpetrator makes – they can exacerbate pre-existing abusive behaviours.

‘Abuse doesn’t come ‘by appointment’ – it happens all your round. But Refuge does want to reassure women that 365 days a year, come rain or shine, we are here for you, and can offer you the support you need.’

Teresa Parker, head of communications for Women’s Aid, said: ‘We know at Women’s Aid that while football doesn’t cause domestic abuse, big matches can be a catalyst for an uplift in reports, and an exacerbation of existing abuse.

‘That is why we developed the Football United Against Domestic Violence campaign in 2014, and we have worked closely with football clubs and organisations since then to raise awareness of both domestic abuse and the sexist attitudes that underpin it.

‘Throughout the Euros we have a Football United poster which signposts to support, which we are asking people to download and share, to help raise lifesaving awareness of the help and information that is available.’

The LGA urges anyone who suspects domestic abuse or is experiencing abuse themselves to reach out to the 24-hour National Domestic Abuse Helpline on 0808 2000 247. Their website also contains information for those who may be unable to make a call to this number.