Nicola Sturgeon outlined last week that a consultation on legislation to establish a National Care Service would begin within the first hundred days of the new Scottish Parliament, with legislation expected to be introduced during the first year and the service to be operational by its end.

‘It is reassuring to hear that a National Care Service is being taken forward by this Scottish Government at such an early opportunity. This featured as a key element of our election asks and is something we know from speaking with older people is a hugely popular idea,’ said the charity’s chief executive, Brian Sloan.

‘Driving forward a National Care Service represents a huge step in reforming social care and ensuring it is as strong as it can possibly be, and will also place more responsibility and accountability on the Scottish Government for how the system operates.

‘It’s important that this is not an arms-length service and that we have the highest quality of consistent care across Scotland,’ added Mr Sloan.

‘While social care has been massively overstretched as a result of the Covid-19 pandemic, older people and their families already faced significant delays to care and concerns over care costs.

‘Broadly speaking, the quality of social care available in Scotland is excellent, whether that be in care homes or in the community. However, given that we have an ageing population that is getting older faster than the rest of the UK, it is clear that more resources are needed to meet demand both now and in the future. 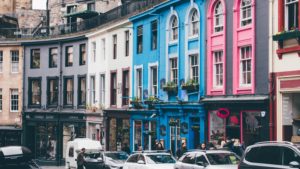 ‘Social care has too often played second fiddle to health care but it is by no means any less important, so this is a real opportunity to ensure better communication and balance between the two.

‘A National Care Service should also better support unpaid carers, who go above and beyond in their caring roles and are often relied on to keep the system afloat,’ he added.