Mental health needs are being missed by prisons, police forces, prosecutors, and probation services, according to a new report.

Inspectors called this ‘disappointing’ and blamed the ‘broken system’ for the little progress that has been made since the last review in 2009.

They looked at more than 300 cases from six regions, interviewed 550 professionals, and heard from 67 people with mental health issues who had been through the criminal justice system. 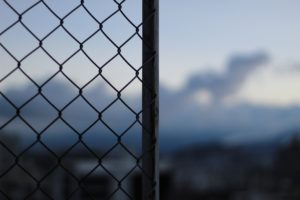 Inspectors said that there were instances of sharing information between agencies, which is caused in part by confusion over data protection rules, as well as ‘incomplete’ and ‘inaccurate records.’

Other issues included that the needs of those with mental illness are missed at every stage, there are a shortage of services and long delays to access them – which is made worse by the pandemic, and there are ‘unacceptable delays in psychiatric reports’ for court, they found it took far too long to transfer unwell prisoners into secure mental health hospitals for treatment.

The inspectors are now urging police forces, the CPS, prisons, and the probation service to work with the government and NHS to improve how the criminal justice system operates for those with mental health issues.