Ambulance wait times are the longest since records began

NHS England figures show that the average response time in October for ambulances are unprecedentedly high, even before the winter season.

Category 1 cases – those which are life-threatening such as immediate resuscitation – had a wait time of nine minutes and 20 seconds, which is the longest average response time since monthly records began in August 2007. The national standard is 7 minutes on average. 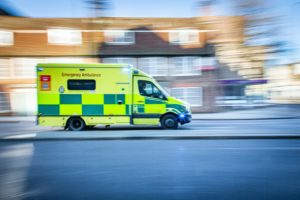 Due to this added strain, all ambulance trusts in England are currently on a high level of alert, with NHS England saying that their 999 services have had their busiest ever month this October with a record 1,012,143 calls.

Ambulance staff responded to an increase of more than 20,000 life-threatening callouts on the previous high for October, responding to 82,000 compared to October 2019 where there were 61,561 callouts answered.

Similarly, Major A&E’s treated the highest ever amount of people for October and the third-highest on record: more than 1.4 million people. An investigation by The Independent has found a 26 per cent spike in the most serious incidents reported by paramedics so far in 2021 compared to the whole 12 months of 2019, before the Covid-19 pandemic began, as well as wait times being twice as long for a paramedic as they were at the height of the pandemic.