The future of the National Children and Adult Services Conference

As with many traditions passed down the generations, old social care hands increasingly find themselves explaining to younger colleagues why there is a National Children and Adult Services Conference every autumn. After all, the two sectors otherwise seem to live quite separate lives.

This year’s conference, from 24 to 26 November, will, like 2020, be a virtual event because of Covid. But even when it is a physical gathering, attendees meet largely in distinct streams, listening to their own speakers and having their own debates. A visitor from outer space might think it all quite odd.

The explanation is that NCAS or NCASC, as it is variously known for short, is a legacy of the days when social services was a single local authority department in England.

Until and including 2004, the conference was called the National Social Services Conference – although that year the encroaching educationists symbolically laid siege to it in Newcastle upon Tyne by holding their own event across the river in Gateshead.

Since 2005, with children’s services stripped out of social services and paired with councils’ education functions, the rebranded conference has led to its strange hybrid existence. 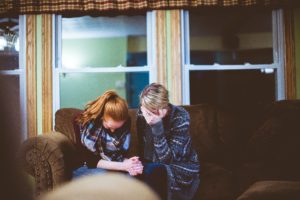 Yet it continues successfully, organised in alternate years by the Local Government Association and, jointly, the two associations of directors of adult social services and children’s services. Against the odds, it remains highly popular and is regarded as social care’s premier policy forum.

Periodically, however, those of us old enough to remember pre-schism days in social services fall to musing on where things might be now had the split not happened, and even to fantasising about reunification.

Some brief history. Social services departments were set up in 1971 following the Seebohm inquiry which three years earlier had envisaged ‘a community-based and family-orientated service, which will be available to all’, pulling together a patchwork of then disparate services ranging from mental health social work to what was known at the time as child guidance.

In an observation that still resonates more than half a century later, although seemingly not at the Treasury, the Seebohm report argued: ‘If the use of one home help on a full-time basis could avoid the need for a family of three to be taken into public care, public money would be saved.’

What went wrong with such a grand vision? Almost certainly there was never adequate funding to realise it (see Treasury reference above) and arguably there was a dominant focus on children, especially child protection, from an early stage. The killing of seven-year-old Maria Colwell by her stepfather in Brighton in 1973 triggered the first of some 40 child abuse inquiries over the next 20 years, in almost all of which the victim was found to be ‘known to services’.

Did that focus save lives? Without doubt.

But while the number of deaths of under-15s ‘by assault or undetermined intent’ in the UK has fallen to an annual average of about 60, that must be set against fast-rising numbers of children in care or on child protection plans and an estimated 4.3m living in poverty, rendering them provenly more at risk of health and social ills.

The separation of children’s and adult services was signalled by the Children Act 1989 and the 1993 community care reforms, each pointing different ways, but the die was cast in the wake of another child homicide inquiry, the 2002 probe into the killing of eight-year-old Victoria Climbié by her guardians in Haringey, north London. Two years later, social services leaders met as one for the last time.

At a recent event organised by the Social Work History Network, Brian Parrott, a former social services director who continued on the adult side, lamented that the separation ‘undermined all those unitary, whole-person, whole-family, life and community engaging concepts which had underpinned my thinking about social work and social care’. He will have spoken for many.

Could we reinvent the Seebohm vision? Structurally, no. That bird has long since flown.

But there is potential for far greater coordination of children’s and adult services around the family, not least at the point – all too often a black hole – when teenagers with support need transition from one to the other.

The government’s enthusiasm for family hubs, providing support for under-pressure young families, offers grounds for optimism. (Let’s put aside recriminations over cuts to the strikingly similar Sure Start centres.) And the coincidence of the current review of children’s social care led by Josh MacAlister and the pending white paper on adult social care reform ought to provide scope for joined-up thinking across Whitehall.

So it’s very welcome that, despite their divorce, the former social services partners continue to meet this and every autumn. But they should really talk more.

Oh that glorious Tyneside evening with children’s directors marshalled across the river by none other than thr the Sec of State Ed Balls – who, of course, went on to lower things. 😀 Oh I remember it well…