Blue badge holders could be permanently banned from driving into pedestrianised areas in York city centre, in an initiative that seeks to extend a move temporarily introduced to allow for social distancing.

Disabled drivers in possession of a blue badge were stopped temporarily from being allowed to park in the city’s foot streets during the pandemic, allowing for initiatives such as pavements cafes, and aiding social distancing.

A report set to go before York City Council next week is recommending that this ban – which disability campaigners call “horrific” – be made permanent. Reasoning behind this permanent removal of blue badge exemption is to implement counter terrorism measures, aimed at specifically reducing the “hostile vehicle” attack. The authority has said that they can’t see any other way to provide these measures, despite considering the impact on disabled people.

The council commissioned an independent report by consultancy Martin Higgitt Associates as part of the process to assess the risks to the disabled community. The recommendations that were suggested as part of this report, which included that blue badge access needed to remain until access improvements for blue badge holders were made to the city centre, have not been taken up.

A bid to force the delay of these procedures has been outvoted just this morning. This permanent fixture would mean that blue badge holders would be unable to park or access foot streets in the city, except on Castlegate, between 10:30 and 20:00 until the end of 2021, to fit in with York’s Christmas markets, and from January 2022 between 10:30 and 19:00. 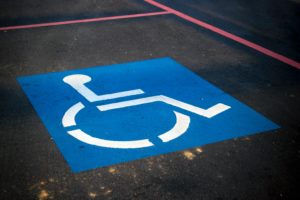 Helen Jones, of the York Disability Rights Forum commented: ‘York is, supposedly, a Human Rights City and the council talks of Age Friendly York, of Dementia Friendly York, of Autism Friendly York and recently passed a motion around being an Anti-Racist and Inclusive City. Despite that, they continue to discriminate against disabled people by not allowing Blue Badge holders to access the city centre when the shops, cafes and services are open. When we can’t get into our own city centre, can’t visit shops or meet with friends and family, or even get into a bank, those labels are meaningless.

‘The council claims to be aspiring to a welcoming city centre for all, they talk of a family friendly city, and forget that disabled people are parents, are children, are sisters and brothers, and grandparents. We are families and excluding us also excludes our families. When a quarter of all families have a relative who is disabled, how is a city that excludes us ever going to be family friendly?

‘There are horrific statistics around the impact of loneliness and isolation, something that City of York Council claim to be working to address, and yet without Blue Badge access to the city centre, people are no longer able to be part of their social groups and networks. City centre meetings and meet ups are no longer possible. Attending Dementia friendly screenings or being part of the Silver Screen club at the cinema are no longer options. Given that loneliness can increase the risk of death by 29%, the combined impact of Covid-19 and the council’s decisions are surely going to lead to premature deaths because of loneliness.’

I think Helen has covered most of the points to consider in this matter, but as someone representing The York ME Community and the York Access Hub I would like to emphasise that we have told City of York Council of the grief and mental harm this has already caused to those most in need of their help and support and they have chosen to continue to harm the most vulnerable in their communities with this vote.
It will also affect potential tourists and visitors to York, meaning that those disabled members plus their families will go and spend elsewhere, which can’t be good for York businesses either. I can’t believe that if there was a disabled member in their own family circle that they would have voted in this way. They should be ashamed, as they bring shame on York.