A new poll by the National Autistic Society shows that over a ¼ of autistic children are waiting more than three years of support at school, with only one in four parents being satisfied with the support that their child is getting.

There are more than 160,000 autistic pupils in schools, according to government statistics, with 70% in mainstream education. The new report by the National Autistic Society (NAS) aims to highlight their issues and experiences.

The report is based on surveys of 4,000 parents, carers, autistic children, and young people, highlighting the challenges that children are facing finding adequate support, as well as the impact of the pandemic on autistic children. It discovered that 59% of parents are concerned that their child has become more social isolated due to the pandemic and 44% believing that their child has fallen behind with work due to the pandemic.

Parents were also unhappy with the long wait times to get support for their child and didn’t feel satisfied with the support when they did receive it; 74% of parents said that their child’s school did not fully meet their needs. This is double the dissatisfaction from the last NAS school report. 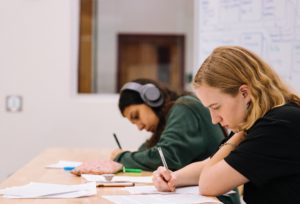 The report highlights the lengths that parents must go to get support for their children. Government figures show that 47% of appeals to the SEND tribunal are for autistic children, whilst of SEN appeals being heard by a tribunal, 95% are resolved in favour of the parent.

It is also not just the parents that are dissatisfied with their experience in school. The NAS report aims to give a voice to young autistic people and children and shows that less than half of autistic children are happy in school. Seven in every ten autistic children said that they would find school better if their teachers understood autism, showing a huge lack of awareness and support that is affecting children’s mental wellbeing from an early age.

Caroline Stevens, Chief Executive of the National Autistic Society, said these statistics show that the education system isn’t working for autistic children and their families, with things getting even worse because of coronavirus, and she is calling on the government to rectify issues caused by delays in the system.

‘Families told us they had to spend months, even years, without the right support, often because there’s no school to meet their needs. And two in five of those who were refused an assessment of their child’s needs said they took legal action. I know from my experience with my own autistic son how gruelling this can be, especially on top of the often-unbearable pressures families already face.

‘We won’t accept a world where so many autistic children are falling behind and so many families are being left exhausted and on the edge of crisis. The Government’s upcoming SEND review is an opportunity to change things, to live up to the promise of the 2014 reforms which were never implemented properly. The system is broken, the Government must act.’