To put it delicately, the 14 social care ministers who have come and gone since 1997 have been a mixed bag.

Some have made little pretence of interest, regarding the brief either as a duty turn or a calling point on the career ladder, but then such has been the low priority of social care in government that it must have been hard to work up motivation for the average 19-month tenure.

The better ministers have been those with some knowledge of care issues whether through local government, such as Paul Burstow, employment in the sector, such as Ivan Lewis, or direct family experience, as in the case of Norman Lamb.

And the new minister, the 15th in 24 years and the fourth successive woman, can put a tick firmly in the latter box.

Gillian Keegan, 53, arrives at the Department of Health and Social Care in place of Helen Whately, a former management consultant who had had the misfortune to take up the ministerial job just as the pandemic hit.

Politics is unforgiving at the best of times and she will be remembered most for her uncertain parliamentary and media performances in defence of the government’s Covid record. By contrast, Keegan is a confident presenter with a strong backstory and a can-do approach.

Speaking at a fringe event at the Conservative Party conference, she acknowledged that the social care system needed to be better. ‘I want the best system in the world,’ she declared, adding: ‘I don’t see any reason why we shouldn’t.’

Boosterism is of course the order of the day in the Tory party and Keegan may have simply been taking her lead from the prime minister and booster-in-chief. 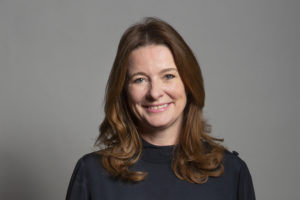 But even though social care has a new priority in government, with some reform unveiled and more promised, such is the parlous state of the sector that setting a best-in-class aspiration in your first days in post might seem either hopelessly pollyannaish or wildly deranged.

Keegan would probably respond that we owe nothing less to those who rely on care and support, including members of her own extended family.

She comes from a large, Roman Catholic Merseyside clan and left school at 16 to take up an apprenticeship in industry. Both her grandmothers had dementia before they died, though one was able to remain at home with the support of her 11 surviving adult children, she had 13 in total, who all still lived locally.

Her other ‘nan’, who had worked in a biscuit factory and was still volunteering at a local charity shop into her 90s, lived independently until she was 93 when she moved to a care home for the last couple of years of her life.

Having been persuaded to buy her council house under right-to-buy, she sold it for £57,000 and used the proceeds to pay her care-home fees which, according to Keegan, were 50% higher than the rate paid by the local council for state-funded residents.

Keegan described all this at the conference fringe event, which was organised by charity Age UK and the Conservative Home blog, and she talked also about doing more to support family carers.

She spoke of her 14-year-old nephew, who has Down’s syndrome, and the time his parents, especially her sister-in-law, devote to him. ‘How he is going to be looked after when he is older is something that keeps us all awake at night,’ she said.

Although she protested that she did not have much experience of social care, and was in learning mode as a new minister, Keegan nevertheless knew enough already to say that carers like her sister-in-law needed greater support in the community, better access to assistive technology and more opportunities for respite.

She also had no doubt that integration of care and health would do as much to help carers as anyone interacting with services. 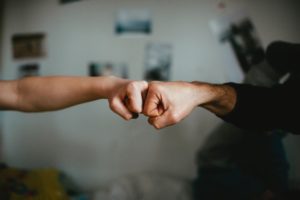 Keegan has been given specific responsibility for integration and for mental health, as well as for social care.

It’s a big brief but her career path prior to turning to politics in 2014, when she became a councillor before entering parliament for Chichester three years later, suggests she is undaunted by challenge: after her apprenticeship and a sponsored business studies degree, she worked abroad for almost 30 years in manufacturing, banking and IT. She now lives with her husband and two stepsons in West Sussex, a far cry, she admits, from her Knowsley roots.

Having had experience of being lobbied at the education department, where she was previously junior minister for apprenticeships and skills, Keegan is clear on what she wants to hear from the care sector.

Pitches simply asking for more funding, without hard evidence of what investment could deliver, are ‘not insightful’, she told the fringe event. ‘What’s insightful is trying to understand what’s working on the ground.’