Early support hubs which allow young people to access mental health support without referrals should be made available nationwide to help tackle a rise in mental health issues during the pandemic, the Local Government Association (LGA) is urging.

The hubs, which would be accessed without referrals from doctors or schools and offer support up to the age of 25, already exist in some areas. Some of the hubs are reporting social and economic benefit returns of more than triple the money they invested.

The LGA, which represents councils in England and Wales, is urging the Spending Review to provide long term investment so the hubs can be rolled out by councils and local health leaders nationwide.

This would enable councils to have a key role in tackling rising mental health issues which they expect to trigger a significant rise in referrals for children’s support services, which could lead to increasing numbers of young people developing serious issues and a rise in clinical interventions.

The hubs, which would prioritise an early intervention approach, would help provide alternative support models to current school-based interventions.

They would also help plug gaps in support, especially for those whose needs are not ‘mild to moderate’ – the group that current school-based mental health support teams are designed to support – but also not serious enough to meet the referral criteria for specialist services.

The LGA says councils, which have a lead role in managing the hubs, should be seen as partners in tackling the mental health demand of the population and it should not be seen solely as an NHS issue.

As well as long term and sustainable funding, frameworks will also need to be in place to help establish good partnership working with the NHS and third sector to run the hubs effectively. 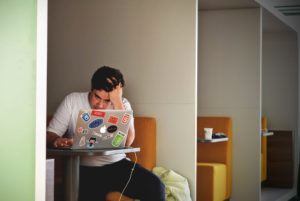 More than 190,000 patients under the age of 18 were referred to children and young people’s mental health services between April and June this year, up 134% on the same period last year, according to analysis of official figures by the Royal College of Psychiatrists.

While an estimated 1.5m children and young people will need support for their mental health as a direct result of the pandemic over the next three to five years, according to the Centre for Mental Health.

The children’s commissioner has said that it is ‘highly likely that the level of underlying mental health problems will remain significantly higher as a result of the pandemic’.

Councils have demonstrated throughout the pandemic, that they are best placed to deliver services at pace for their local communities if empowered and resourced to do so.

They are essential to helping the government achieve a shared ambition to level up the entire country and improve people’s lives as part of the post-pandemic recovery, but this cannot succeed without adequate funding and powers.

As well as calling for long term funding to support a national roll-out of early support hubs, the LGA is also urging the government to make its £500m Youth Investment Fund, announced two years ago in September 2019, available as soon as possible to help councils have enough funding to ensure youth services are available for local young people to help their mental health.

Cllr Anntoinette Bramble, chair of the LGA’s Children and Young People Board, said: ‘Councils are concerned that mental health issues will continue to rise significantly, either this year, or in years to come, which could lead to increasing numbers of young people developing serious issues and a rise in clinical interventions.

‘It is crucial that early intervention and prevention services are able to help children avoid reaching crisis point in the first place. Making early support hubs available for young people across the country to access mental health support without referrals will help reduce delays in receiving support which risks children and young people damaging their health and needing long-term support.

‘Early support hubs can crucially help mental health services for children meet existing, new and unmet demand that has built up during the pandemic, while helping to avoid a potential forbidding COVID-19 legacy of a new generation of young people with enduring mental health issues.’