This morning, 5.5m families across the United Kingdom are waking up £1,040-a-year worse off due to the prime minister imposing the biggest ever overnight cut to social security.

Despite fierce opposition from across the political spectrum, his government has pressed ahead with this controversial cut which will cause immense, immediate and avoidable hardship.

Four hundred and thirteen parliamentary constituencies across Great Britain will see over a third of working-age families with children hit by the planned £1,040-a-year cut to Universal Credit and Working Tax Credit.

Of these 413 constituencies, 191 are Conservative, 53 of which were newly won at the last general election or in a subsequent by-election.
In 35 local authorities across Great Britain, 50% or more of working-age families with children will be impacted by the planned cut.

Helen Barnard, deputy director of the Joseph Rowntree Foundation, said as the cut comes into effect today, the prime minister must face the five most serious consequences of his cut: 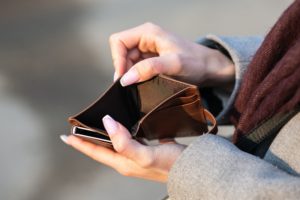 ‘It makes a mockery of his mission to level up. Despite overwhelming opposition, he is ploughing ahead with a cut that fundamentally undermines the adequacy of our vital social security system as we face a cost-of-living crisis. This is not building back better, it’s repeating the same mistakes made after the last financial crisis.

‘The government says a key test of levelling up is improving living standards, yet they have just made around 5.5 million low-income families £1,040 a year worse off.

‘People’s bills won’t get £87-a-month cheaper from today, in fact, they are going up. Ministers’ arguments in recent days beg the question: has the party that created Universal Credit forgotten the purpose of the system?

‘The Prime Minister is abandoning millions to hunger and hardship with his eyes wide open. Low-income families urgently need him to reinstate this vital lifeline.’

Emma, from England, said: ‘My husband has been in his job for 25 years +, he hasn’t received a pay rise in 5 years and has recently been told there’s no way he will get one anytime soon. So I’m sorry but there’s no fix there for us. Once again the only option is to struggle and I’m tired of it.’

Kim, from Wales, said: ‘He has no idea how tough it is and how hard people are working to make ends meet! It is sickness inducing that he completely misses the point that families will either be cold or hungry due to this cut.’

Aurora, from England, said: ‘Fuel and food is on the increase and families on a low income cannot afford to absorb these costs. It is short-sighted to not think of the long term costs involved when already impoverished working families cannot sustain themselves.’

Caroline, from Northern Ireland, said:  ‘So our prime minister has said he knows it is tough for people on low incomes, does he honestly?

‘How as parents can we support our children when we are going without food, hungry and unable to concentrate and even sleep at night with worry and stress, do you really understand?

‘I would invite any MP to come and actually experience the day to day drain of living on low income and the impact that has on our mental and physical wellbeing.’