A landmark study has revealed that the harms associated with gambling cost at least £1.27bn in 2019 to 2020 in England alone.

In 2019, the Department of Health and Social Care commissioned PHE to undertake a review of the evidence on gambling harms.

This analysis includes the first estimate of the economic cost of suicide (£619.2m) and provides an updated cost of homelessness associated with harmful gambling (62.8m).

Gambling-related harms in the analysis range from financial such as bankruptcy and employment issues, to family issues, and health harms such as suicide.

The review also shows that people at risk of gambling harms are concentrated in areas of higher deprivation, such as the North of England, and may already be experiencing greater health inequalities.

The review found a clear link between higher levels of alcohol consumption and harmful gambling, with only 35.4% of non-drinkers participating in gambling compared to 74.4% of those consuming over 50 units of alcohol (equivalent to 16 pints of beer or large glasses of wine) per week. Alcohol use in children and young people was also found to be a risk factor for subsequent harmful gambling.

The review also highlights the link between gambling and mental health issues. The report found that gambling can increase the likelihood of some people thinking about, attempting or dying from suicide. 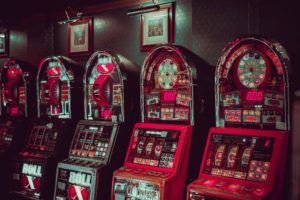 The review also found that gender and poor mental health were the strongest indicators of gambling-related harm:

The evidence suggests that harmful gambling should be considered a public health issue because it is associated with harms to individuals, their families, close associates and wider society with an approach that focuses on prevention, early intervention and treatment.

The new Office for Health Improvement and Disparities (OHID) will work closely with other government departments, including the Department for Digital, Culture, Media and Sport (DCMS) and key stakeholders to develop a workplan to address the knowledge gaps identified in this review, improve data collection, and deliver an effective response to gambling-related harm.

Rosanna O’Connor, director of alcohol, drugs, tobacco and justice at PHE, said: ‘There is so much more at stake from gambling than just losing money – from the toll on mental health to the impact on those around the gambler.

‘The evidence is clear – harmful gambling is a public health issue and needs addressing on many fronts, with an emphasis on preventing these harms from occurring as well as with help readily accessible for those directly and indirectly affected by the wide ranging and long lasting negative impacts of gambling.’

Minister for mental health, Gillian Keegan said: ‘While the economic costs of harmful gambling are stark, the cost to individuals as a result of their addiction, and those around them, cannot be overstated.

‘We are working to protect vulnerable people from the damaging impacts gambling can have, including through specialist NHS gambling addiction clinics and investing at least an extra £2.3bn a year by 2023 to 2024 to expand mental health services.

‘I encourage anyone who is struggling to reach out, support is there for you.’

Gambling minister Chris Philp said ‘We are gathering all the necessary evidence to reset the balance between giving adults the freedom to choose how they gamble safely, with the right protection for those at risk of harm.

‘We are determined to protect vulnerable people from exploitation by aggressive advertising or unfair practices that entrench problem gambling.’