One in six adults ‘had to fight to get social care’

Independent charity, Engage Britain, surveyed people across the country to understand the challenges they face while trying to access social care.

The poll found that one in six adults have struggled to access the right care for an elderly relative, while one in six said they’ve had to fight to get social care support for loved ones or for themselves.

One respondent said: ‘Just getting a place in a care home is actually not easy these days. When you’re making phone call after phone call, and people say, ‘we don’t have beds’ or ‘we can’t give you any more care at home.’’

And getting unpaid care can be just as challenging, The poll found that one in ten people aged 45-64 have had to give up work or reduce their working hours to care for a loved one and that one in five people from ethnic minority backgrounds regularly provide unpaid care for another adult, compared to one in eight people who identify as white.

Another respondent said: ‘Unless they fight, people don’t get the services they’re entitled to on a statutory basis. The services are there, and the framework is there. But you have to fight to get them.’ 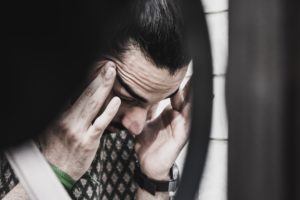 The Engage Britain survey also showed that 71% of people feel health and care services are underfunded with one in five saying they had been forced to go private because they couldn’t get the NHS treatment they needed.

One in four respondents said the wait for treatment for themselves or a loved one has had a serious impact on their mental health.

But the vast majority of people also feel NHS workers are facing an uphill battle. A huge 85% of people think staff are overstretched but doing as much as they can with their resources.

Despite the polling showing millions having been let down while seeking treatment, love for the NHS endures – with 38% saying although they’ve had bad experiences they’d never want to lose it.

Engage Britain director, Julian McCrae, said: ‘The NHS unites so many of us with a feeling of pride. But the fact is millions are also being let down every day by our health and care services.

‘People right across the country told us they’re feeling ignored or dismissed or are turning to private treatment because they have little other choice. And the overworked staff are being pushed to breaking point.

‘It’s vital that future changes, including those in the NHS Reform Bill, address the daily challenges that so many in Britain are facing. Only answers rooted in real experiences can deliver health and care that works for us all.’