Kent couple lost valuable time together because of council errors

A Kent couple lost valuable time together after the council placed one partner in a care home against her wishes following a hospital stay, the Local Government and Social Care Ombudsman has found.

Before the hospital stay, the man had been looking after the woman, who had previously suffered brain damage, without help at their home. Following a stroke in July 2019, the woman went to a rehabilitation unit.

The couple wanted the woman to return home. However, instead of considering this, the council decided it was in the woman’s best interests to be placed in a care home.

It authorised the woman’s move, and made a decision to detain her at the rehabilitation centre. However, it did not complete an official assessment under the Deprivation of Liberty Safeguards (DoLS), until six weeks later in September 2019.

An independent report undertaken by the woman’s Independent Mental Capacity Advocate (IMCA) suggested that the woman could move home with support in addition to that which her partner could provide.

The woman was moved to a nursing home at the end of November 2019, and returned home with a care package just before Christmas 2019. She became unwell and died at home in April 2020.

The Ombudsman’s investigation found the council did not do enough to communicate with the man during the process or give him sufficient opportunity to express his views.

The investigation also found the council did not have sufficient regard to the couple’s right to a private and family life under the Human Rights Act, when deciding on the best care for the woman, and did not consider the least restrictive option available for her care.

Michael King, local government and social care ombudsman, said: ‘Because of the failings I have found in this case, the couple lost valuable time in their last few months together.

‘And because the council did not refer the dispute to the Court of Protection, the couple were also denied the opportunity to have their case considered by an independent body.

‘I have previously reported about another council’s backlog of DoLS cases, and it appears that these problems are not isolated to these two council areas.

‘I am concerned that the council has told me it has a long backlog of DoLS applications so there may be other people in the county being detained against their wishes and without the proper authorisations in place.

‘The council has agreed to a number of recommendations I have made to review its practices to ensure the proper authorisations are in place within the legal timeframes. But it still needs to agree to carry out a review of past cases and ensure all future cases are dealt with appropriately.’ 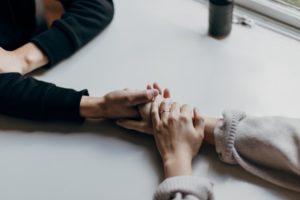 The council has agreed to apologise to the man and pay him £500 for his distress. It will also make a number of changes to its DoLS procedures and Care Act assessment procedures to ensure they meet standards.

The Ombudsman has also asked the council to review all cases from January 2019 to date where DoLS assessments have not been completed or were not completed within the timescales, and to remedy any injustice if it has arisen because of the delay.

It should also provide the Ombudsman with a written summary of the cases it has reviewed and what, if any action, it has taken as a result.

Richard Smith, KCC’s corporate director of adult social care and health said: ‘As always, our priority is to ensure that vulnerable people in Kent are well cared for in a safe environment where all their needs are met, and we take this responsibility very seriously.

‘The Deprivation of Liberty Safeguards (DoLS) were originally designed with a small number of people in mind and were not intended to deal efficiently with the current high levels of demand, which is an area of concern for local authorities nationally.

‘KCC compares positively to other similar size councils in achieving the requirements for DoLS applications and, through significant investment, continues to improve. We have already put in place actions to meet those recommendations which we can and have apologised for any distress caused and agreed to pay the financial compensation.

‘However, we believe that it is not possible for us to comply with the recommendations to ‘ensure all current and future requests for standard authorisations are completed within prescribed timescales’ and ‘to provide written evidence showing that we have monitored all requests for standard authorisations post-dating the final report and completed them within the legal timeframes described in the report’.

‘Whilst some of the delivery of DoLS assessments is within our control, much of it is not. The resources needed, from both within the council (Best Interest Assessors) and externally (Doctors), to achieve both recommendations simultaneously, is not available nationally and attempting to achieve them would place a significant burden on an already fragile system.

‘It is extremely disappointing that the long-awaited Code of Practice for Liberty Protection Safeguards, originally due to go live in October 2020 and which would help to solve these issues, is yet to be published by government and is now delayed until April 2022.

‘We will, therefore, be lobbying government in the coming months to move this forward as the current system is unsustainable and failing all involved.
The ombudsman’s recommendations will be formally debated in line with the legislation at a KCC committee in the near future.’