The crisis in the care of older and vulnerable adults will not be solved by today’s announcement of a National Insurance increase, campaigners say.

They fear any extra funding for social care will be too late and too small to tackle a crisis in the sector that has left 1.5m people without the care they need and 120,000 care staff vacancies.

The Independent Care Group (ICG) says 30 years of campaigning has led to today’s ‘damp squib’ announcement which did not properly address the crisis.

ICG chair Mike Padgham said: ‘This, once again, has been a huge opportunity missed for radical, once in a generation reform of the social care system.

‘If reports are to be believed, of the £36bn promised over three years for health and social care from the new levy, only £5.8bn will be for social care.

‘That isn’t going to touch the crisis in the sector and will certainly not address the 120,000 vacancies in staffing, which is sending the sector into meltdown on a daily basis as care providers struggle to cover shifts.

‘It will not fund the proper recruitment and training of the thousands of staff we need, nor will it allow the sector to properly reward those staff who have played such a vital, life-saving role during Covid-19. It is too little and, it looks like being, too late.

‘This levy will not start until next April and the changes to paying for care until the end of next year. None of this is what we need. We need urgent, root and branch reform and we need it now.’ 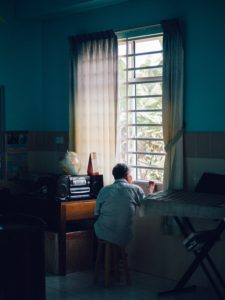 But the ICG said it feared the bulk of the extra money would immediately be swallowed up by urgent NHS needs, leaving social care to pick up the scraps.

‘But today’s announcement does not do that. Yes, the NHS is urgent, but social care is urgent too and if we do not get the support we need, more and more damage will continue to be inflicted upon the crumbling social care sector and the NHS will be left to pick up the pieces anyway.

‘We have waited 30 years and currently have 1.5m people not getting the care they need, we should not have to wait any longer.

‘We didn’t want to hear that plans for long-awaited integration of health and social care would be outlined in a White Paper, ‘later this year’.’

The ICG has long campaigned for: