The Community Network, which is hosted by NHS Providers and the NHS Confederation, has welcomed the government’s announcement that it will continue to fund a scheme that has been instrumental in moving patients out of hospital as quickly and safely as possible so that they can be cared for in or closer to their homes.

Since April, people in hospital have benefited from an extra £600m of funding that has enabled more investment in community services, which has led to more people being treated in or close to their homes.

Funding for the ‘discharge to assess’ scheme covered the first half of the financial year and there has been uncertainty about whether or not it will be extended. The government has now confirmed that it will following a £478m funding settlement announced late yesterday (Monday). 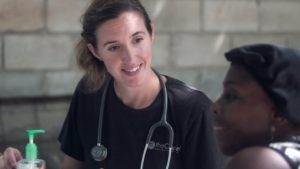 Commenting on the announcement, Daniel Reynolds, director of communications and membership operations at NHS Confederation, and Miriam Deakin, director of policy and strategy at NHS Providers, said: ‘This approach has been crucial to the pandemic response and has enabled thousands of medically fit people to be discharged from hospital quicker than they otherwise would have been.

‘It has helped to free up 30,000 hospital beds, and 6,000 staff including 4,000 frontline nurses. It was vital that the funding was extended. The next key step is for the government to make this funding permanent from April onwards to help manage the care backlog and ensure the future sustainability of services.

‘While the funding has come later than we would have liked, it now means we can continue the good work that has led to better outcomes for patients and more certainty for community services and social care providers.

‘We are pleased that the government has listened to the views of community healthcare leaders, whose patients would otherwise have faced a cliff edge in their care with vital services forced to stand down. Given the size of the care backlog, this would have hampered our collective efforts to address lengthening waiting times.’

The discharge to assess approach guarantees four weeks of care support for each discharged person, funded centrally. People can leave hospital as soon as they are medically ready, freeing up vital capacity.

Alongside the NHS, social care and their families, patients then have a full four weeks to finalise longer-term care arrangements. It has proved highly successful throughout the country, with places like Sussex having been able to reduce the average length of stay for patients by 37%.

Last month the NHS Confederation, NHS Providers, Healthwatch England, the British Red Cross, the Local Government Association and Age UK wrote a joint letter to the chancellor and secretary of state of health and social care calling for an extension of the funding.