Young People hit with 25% cut to Universal Credit from September

New analysis by youth homelessness charity Centrepoint has found that young people are set to see a weekly cut of more than a quarter of their Universal Credit standard allowance when the temporary uplift ends in September.

Claimants aged over 25 will also see their standard allowance reduced by 17%.

Prior to the uplift, Under 25s received around £15 a week less than older claimants meaning many young people were forced to choose between food and paying the bills.

Centrepoint has long-campaigned for a change to this rule on the grounds that it discriminates against claimants based on their age and risks making those unable to rely on support networks becoming destitute.

Last week, via the publication of a letter to the Work and Pensions select committee, the minister for welfare delivery, Will Quince MP, confirmed the £20 temporary Universal Credit uplift will end in September.

The Department for Work and Pensions (DWP) began notifying claimants of the change on July 23. However, Centrepoint has not spoken to any young people aware of the changes, and the DWP has said it will only be sending notification ‘by updating claimant statements, notifying them of how much of their standard allowance is a result of the temporary uplift that has been provided in response to the Covid-19 pandemic.’ 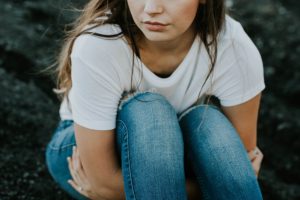 ‘The end of the uplift is a double whammy for young people. Not only are they still facing huge youth unemployment but we’re asking them to do so with less financial support than other claimants despite often having the same living costs.

‘It defies logic to limit Universal Credit based on a claimants’ age. Rent, bills and food don’t care what your date of birth is and it’s these essentials that our benefits system is meant to help cover.

‘Losing a quarter of your weekly income overnight would be difficult for anyone to deal with but it will be especially challenging for those young people facing unemployment and potentially homelessness while claiming Universal Credit. Ministers should look at how best to support those young people as an urgent priority.’

Zahra, 21, who lives in West Yorkshire and has been supported by Centrepoint, said:

‘I was shocked to hear about the end of the uplift. I still haven’t received any letter about it yet.

‘It’s come at a really bad time for me because I’ve been applying for so many jobs and not even getting to the interview stage and I plan to start a part-time course at college to better my job opportunities. I rely on Universal Credit to pay for food, travel costs and all my bills.

‘£20 may not be much for people who are working full time, but for young people who are unable to get a job and don’t have enough to pay all their bills and buy groceries, we’re really stressed about it. We’re needy, not greedy!’