Central Bedfordshire Council is to review the way it provides alternative education for children who are unable to attend school because of medical issues following an investigation by the Local Government and Social Care Ombudsman.

The changes are part of the Ombudsman’s recommendations for the council in a case where it did not provide proper alternative education for more than a year to a boy when he was unable to attend his primary school.

The boy’s family also complained the council did not put in place extra support when it became aware the boy had been diagnosed with an autistic spectrum condition and related anxiety.

The boy stopped attending school in November 2018 because of his behavioural difficulties. Some months later he was privately diagnosed with an autistic spectrum condition.

In mid-June 2019 the council wrote to the family declining to undertake an Education, Health and Care (EHC) needs assessment because, despite his acknowledged issues, it was looking to work with education and medical professionals to reintegrate him into his mainstream primary school.

Alternative education was not put in place till September 2019, but this was on a limited part-time basis. The council did not agree to an EHC assessment till the end of February 2020. His final EHC Plan was issued at the end of August 2020.

The parents complained to the Ombudsman, whose investigation found the council should have acted promptly when it discovered the boy was out of school, considered whether his current school was suitable for him, and considered putting in place alternative education. Instead, the council wrongly placed the responsibility for this on the school.

The investigation also found the council allowed the case to drift, rather than take decisive action to nominate a named officer responsible for co-ordinating the council’s action.

The council had enough evidence to reach the view the boy had been signed off school for medical reasons by March 2019. It should have provided alternative education for the summer term, and had a better rationale for the limited amount of support he was offered between September 2019 and August 2020.

The Ombudsman also investigated the council’s underlying policies which led to its poor decision-making and found them to have significant faults. 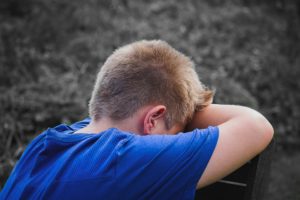 Michael King, local government and social care ombudsman, said: ‘This case is yet another example of a child being deprived of their rightful education because of poor council practice. That it is such a common occurrence, and an area where we uphold such a significant proportion of investigations, points to systemic problems not just locally but nationwide.

‘Because I have found such significant problems with the council’s policies operating at the time, I am concerned that other children have been denied the education provision they were entitled to in law.

‘So I am pleased the council has agreed to review and amend its policies and also reassess other children’s cases considered during this time to ensure they have not been similarly disadvantaged.’

In this case, the council will apologise to the parents and pay them £1,000 to recognise their distress and a further £250 for their time and trouble in bringing the complaint.

It has also agreed to make a combined payment of £4,800 to the parents to be used for their son’s educational benefit to acknowledge the education he has missed.

The council will review its procedures for deciding the reasons for a pupil’s non-school attendance and consider having a named officer responsible for this and a clear timetable for decisions and the action that should be taken.

It has also agreed also review and amend its approach to alternative education to ensure pupils out of school for medical reasons receive appropriate suitable education, preferably full-time unless there is a good reason not to do so.

It will also review all its cases of pupils out of school between March 2019 to 2020 to ensure faults identified in this case have not occurred in other cases. If they have, the council should remedy the injustice caused to the child without their parents or carers having to make a formal complaint.

A council spokesperson said: ‘We are extremely sorry for the poor service we gave this young person and his family.

‘The Council accepts all the findings and has already begun actioning the Ombudsman’s recommendations, including reviewing all outstanding cases and implementing new alternative education procedures and policies.

‘We apologise unreservedly to the family for the standard of service we provided and the impact it has had on them.’