Exceptional levels of poverty in the North East are driving dramatic rises in child protection intervention and the number of children in care.

The North East has the highest rate of referrals to children’s social care of any region, significantly higher than the national average, the directors of North East’s children services have revealed.

The North East Submission to the Independent Review of Children’s Social Care 2021 showed that the region now consistently has the highest rate per 10,000 population of statutory involvement of the English regions. Including the highest rates of Looked After Children (LAC), Child Protection Plans and Children in Need (all open referrals).

The report found that the rate of children in care in the North East increased at a greater rate than in any other region between 2019 and 2020, with every local authority having a rate that is above the national average.

A gap between the North East and other regions has emerged in recent years and is seen most starkly in relation to rates of children in care. Since 2009 the North East has seen a 77% increase in its care population.

Inner London has seen a 25% reduction over the same period.16 However, with the exception of London, the North East trends in service demand are replicated across other regions, just not at the same scale or pace.

The report found that exceptional levels of poverty in the North East are driving dramatic rises in child protection intervention and the number of children in care. The cost of this cannot be afforded.

Exacerbated by reductions in government funding, spending on early help has been reduced at a time when it has been most needed. This vicious cycle can only be broken by different ways of working, backed up by adequate investment

With deprivation being the main single driver of demand for services understanding the socioeconomic context in which children’s social care services are delivered in the North East is fundamental.

Even before the Covid pandemic, after a decade of austerity, the picture in the region was deteriorating markedly, with the steepest increase in relative child poverty (after housing costs) between 2014/15 and 2019/20, rising from 26% to 37%.

This is compared with a UK-wide increase from 29% to 31% and means that the North East has gone from having a child poverty rate just below the UK average to the second-highest of any region or nation in just five years. Of the 20 local authority areas across the UK which saw the sharpest increases in child poverty from 2014/15 to 2019/20, North East councils account for 12 places.

‘I’ve worked in a number of local authorities all over the country, but I’ve never worked anywhere where poverty is as bad and life chances so poor. North East Director of Children’s Services.’ 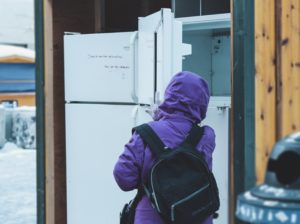 The report found that authorities in regions such as the North West and West Midlands, which share many of the underlying contextual challenges, are grappling with the same issues.

Something more complex is going on in the North East, as well as elsewhere in the country, which is driving this upward trend.

There is strong and growing evidence that deprivation is a significant driver of demand for children’s social care services and North East directors of children’s services believe this is a critical part of the region’s story.

Social care assessments provide some insight into the drivers of demand. Mental health was found to be a factor in 39% of North East single assessments in 2019/20 (compared with 30% nationally).

In 2019/20 children were much more likely to become looked after due to abuse and neglect in the North East (73%) than in England as a whole (61%), and this has been the case for a number of years.

These factors, picked up at the point of referral, reflect wider societal issues. For example, the North East has a significantly higher rate (35 per 1,000 population) of police-recorded domestic abuse-related incidents and crimes than the average for England and Wales (23 per 1,000 population).

Durham Constabulary tops the table (50 per 1,000 population) and the North East’s other two police forces are in the top seven in England and Wales.

The directors said that increased demand has inevitably impacted on expenditure. In the three years to 2019/20 North East councils have seen an increase in net expenditure in children’s social care services of over £77 million (18.2%).

Net expenditure on children looked after and safeguarding services increased by almost £83 million (27%). The North East is in a vicious cycle with levels of demand causing pressure across the system and spiralling costs.

With a larger proportion of the budget being spent on statutory services, there is a squeeze on spending compromising the ability to provide the prevention and early help needed to manage risk outside the statutory system and reduce children coming into care.

The directors of North East’s children services are calling for national measures to be brought in to break the cycle of deprivation.

‘The numbers of children needing intensive support, including those in care, are not sustainable in the North East or nationally. More importantly, the current arrangements do not serve families well and do not lead to the best outcomes for children.

‘National measures to reduce poverty, focused on raising family incomes, are needed to break the cycle of deprivation which is driving concerns about child welfare.

‘Alongside this, local authorities need adequate funding to provide early help for families in communities. These two significant contextual factors should be addressed by the independent review of children’s social care.

‘Post pandemic it is vital that social regeneration and economic regeneration are both placed at the heart of rebuilding communities. The ‘levelling up’ agenda must focus upon building family resilience and social capital in communities, to enable self-sufficiency and mutual aid.

‘Directors of children’s services want to see a paradigm shift away from an interventionist, binary (in care or out of care, child protection or not child protection) system, towards one with emphasis on community and collaboration with families. A continuum of support to enable professionals to stand alongside parents and help them through difficulties is needed, with child protection, in its widest sense, integral to the offer.

‘It is essential that we develop a more diverse and better-skilled children’s workforce across the spectrum of social care roles including family support, youth work and residential and family care.

‘New flexible and hybrid specialist roles can bring together knowledge and skills across professional boundaries to support cross-agency working.

‘Oversight of workforce sufficiency and regional support to drive wider workforce development is needed. Children’s social work must be better promoted, and a coherent post qualification framework should be developed with local authorities and teaching partnerships.

‘This would improve practice, retain staff at the front line and improve professional status.

‘A radical rethink is needed of arrangements to provide safe and loving homes for children who cannot live with their birth family. The dysfunctional ‘market’ for children’s residential care must be dismantled or radically overhauled and profit-making eliminated or capped.

‘The capacity to actively manage regional markets and improve commissioning is a priority. The government must invest in more local provision.’