The easing of lockdown seems to have helped many British teenagers’ mental health but loneliness and anxiety remain extremely common, according to new research by the Mental Health Foundation and Swansea University.

The study, launched in summer 2020, is one of the few that repeatedly asks younger teenagers about their experiences of the pandemic.

The latest results were gathered from 2,349 British teenagers (aged 13-19), in an online survey by YouGov between 24th May and 15th June.

Catherine Seymour, head of research at the Mental Health Foundation said: ‘We’re seeing hopeful signs of young people’s resilience in our latest data but also evidence that many teenagers have a mental health ‘hangover’ from the pandemic.

‘We gathered our new results in late May and June, when young people were back in school, restrictions were lifting and vaccines being rolled out.

‘We found that fewer teenagers said their mental health is ‘poor’, compared to when we last surveyed them in March, while pessimism about the future has become less common and fewer teenagers are reporting experiences associated with depression.’

The proportion of teenagers who say their own mental health is ‘poor’ has fallen from 18% of those surveyed in March to 14%of those questioned in the new survey.

Pessimism is also becoming less common, although it is widespread. When the study previously asked teenagers about the future for people their age, 65% said it would be ‘a lot’ or ‘a little’ worse. This has fallen to 57% of teenagers questioned in the latest survey.

Further results suggest that fewer teenagers are having experiences associated with depression, including problems with sleeping, appetite, concentrating and feeling bad about themselves.

Ms Seymour added: ‘While all this is encouraging, our results also show that loneliness is widespread, despite the unlocking, while huge numbers remain anxious about the pandemic.

‘Loneliness is especially significant, because it suggests a lack of the nourishing relationships that help teenagers to cope with difficult times. Loneliness leaves them more vulnerable.’

Anxiety and other distress is especially common among some groups, including females, teenagers whose parents are classed as ‘C2DE’, full-time students, people with long-term health conditions and disabilities and 18-19 year-olds. 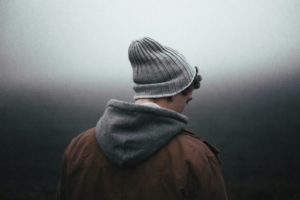 Professor Ann John of Swansea University said: ‘The big influences on teenagers’ mental health are living in economic adversity and having pre-existing mental and physical health conditions and disabilities.

‘And, specifically, that time in late teens of rapid social and emotional changes and life transitions. It is teenagers in these groups who appear to be less likely to bounce back from the effects of the pandemic.

‘Looking forward, we really need to ensure that these inequalities are not widened and that the pandemic does not have knock-on, long-lasting effects on their futures.

‘To do this, we need policies and practical initiatives that span government departments and go beyond mental health services – although these are vital and chronically underfunded – to include accessible and accessed employment, training and education opportunities, financial safety nets for families and affordable housing.’

The study is supported by MQ Mental Health Research, which recently led calls for the government to do more to support the mental health of children and young people during the pandemic.

Lea Milligan, the charity’s chief executive, said: ‘The historic underfunding of mental health services, resources and research for young people has been brought into sharp focus by the pandemic.

‘Now that we are, I hope, starting to emerge from the shadow of Covid-19, we can focus on levelling up and supporting the most vulnerable to recover, through a holistic approach to mental health.

‘The improvements to wellbeing that young people are self-reporting through this survey are a welcome first step to recovery. If we are to truly ensure the future health of the Covid generation, then much more needs to be done.’