153% increase in households hit by the benefit cap

More than 200,000 households in Britain were living with their benefits capped at the start of the year.

The Department for Work and Pensions (DWP) has released the latest experimental statistics on how many households have had their benefits capped between April 2013 and February 2021.

Some people receive a nine-month grace period which protects them from being hit by the cap after losing their job. For people who lost their jobs at the beginning of the pandemic, this quarter’s data reflects the first time that they have been hit by the benefit cap. 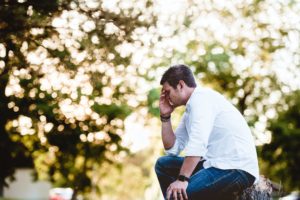 Prior to May 2020, the proportion of single-parent families with their benefits capped was consistently between 71% and 72%.

The London region continues to have the highest proportion of households affected by the benefit cap, with 6.9% capped at February 2021, an increase from 6.1% in November 2020.

Of the 10 Local Authorities (LAs) with the highest proportion of households having their benefits capped, seven of them were in the London region, in February 2021, the same 10 LAs that were in the highest 10% at November 2020.

Commenting on the statistics Jon Sparkes, chief executive of Crisis, said: ‘Behind these figures are hundreds of thousands of people battling to keep roofs over their heads. Many will have lost jobs in the pandemic or are living day-to-day on insecure, zero-hour contracts.

‘For so many, renting has become unaffordable. Rents continue to rise but Local Housing Allowance is frozen, creating a real-terms cut to housing benefit.

‘We desperately need a strategy to provide the genuinely affordable homes needed to end homelessness, as well as more financial support for the hundreds of thousands of renters in arrears, to help them back from the brink.

‘The UK government must also make people who are rough sleeping or stuck in temporary accommodation permanently exempt from the benefit cap, to give them a chance to end their homelessness for good.’