It had been reported that Boris Johnson, Rishi Sunak and Health Secretary Matt Hancock were to meet tomorrow to discuss reform of the way the country looks after older and vulnerable people.

But it has since been reported that this meeting has been postponed, news that has angered care providers. This is the same old story of progress on social care reform being kicked further and further down the road.

We shouldn’t be surprised, the government is guilty of betrayal after betrayal of social care reform.

What is the problem this time? Do they need some help? If so, there are plenty of us who are more than happy to step in!

The prime minister has promised to get social care done and the country is tired of waiting for him to deliver on that promise. Time and time again we have been promised a Green Paper on reform, only for it to be delayed again and again.

The meeting must be rescheduled immediately and all three people come up with an urgent plan of action to save social care. No ifs, no buts, we need to see reform on the table and we need to see it now. 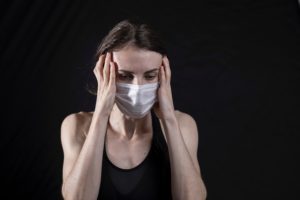 There is no time left for delays, discussions and consultations, we have to see action. The prime minister must be bold and decisive, not let the chancellor delay reform but instead make history as the Prime Minister who finally fixed social care.

Many providers now facing dire financial difficulties because their occupancy rates have not recovered since Covid-19 and they have been battered by other soaring costs associated with the pandemic, including higher staffing costs, extra PPE costs and high insurance premiums.

Providers who look after people in their own home through homecare – which is clearly a central plank to the Government’s future policy for care – are also suffering significantly.

There have been provider failures already and more are inevitable unless action is taken urgently.

We must act fast, or we will not have a social care sector left to reform.

Some £8bn has been cut from social care spending since 2010 and 1.5m people are now living without the care they need. There are at least 120,000 vacancies in the care sector.