Pay rise must be for everyone in the NHS

Thousands of health service staff employed by private companies must not lose out on the wage rise that’s expected to be announced soon for their NHS colleagues, says UNISON today (June 17).

Porters, cleaners, catering assistants and other healthcare workers in NHS jobs outsourced to private contractors have performed tirelessly throughout the pandemic, says UNISON.

But the union fears most will be excluded from the coming pay increase unless private firms, the government and NHS trusts act now.

UNISON is calling on all private companies running health service contracts to pledge at least to match any government pay rise for workers directly employed by the NHS.

Ministers should also increase funding to trusts to end the growing gap between the salaries of NHS staff and colleagues employed by private firms. UNISON wants NHS trusts and boards to grant new contracts only to companies that pledge to equal health service pay rates.

The call comes as a UNISON survey shows that privately employed cleaners, receptionists, porters, security guards and catering staff are missing out on higher wages, and annual leave because they’re not part of the NHS.

Only one in seven (14%) receive the same pay and benefits as their NHS colleagues, and almost two fifths (38%) get only the minimum wage (£8.91 an hour). The lowest hourly rate in the NHS is currently £9.21 an hour.

Workers responding to the survey – who were mostly women (72%) – faced the same challenging conditions as their NHS colleagues during the pandemic, says UNISON. 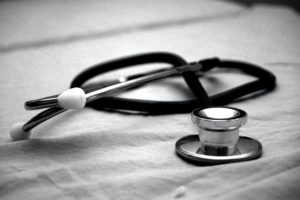 The survey reveals 48% of the privately employed staff who responded had worked on Covid wards. A quarter (26%) got the virus and had to take sick leave.

Financial struggles are very real for these workers, says UNISON. Half (51%) admitted they had to ask for financial support or find other ways of getting money.

Six in ten (63%) say they feel part of the NHS and seven in ten (73%) would rather be employed directly by a trust.

UNISON general secretary Christina McAnea said: ‘Dividing the NHS workforce in this way is not good for patient care or staff morale. Everyone in the NHS is part of one big team, and they all deserve a proper pay rise – especially after the past year.

‘The Prime Minister must abandon any thought of 1% when he finally makes his long-overdue announcement on NHS pay. He should ensure staff get a decent rise, with funding extended to cover all health workers. No one should be left behind.

‘People working on the same wards, doing the same jobs as their colleagues shouldn’t be paid substantially less. That’s not just morally wrong, it’s unfair too.’