The Local Government and Social Care Ombudsman (LGSCO) is this week issuing two separate reports into the way London Borough of Redbridge has failed the family of a 20-year-old man with Special Educational Needs.

In a rare move, the ombudsman is publishing the two reports on the same day to highlight the repeated problems the family has faced.

In the first case, the ombudsman has criticised the council for not carrying out an agreed remedy following an earlier complaint in October 2019.

The council had agreed to carry out an annual review of the man’s Education, Health and Care (EHC) Plan by the end of January 2020. Despite investigators chasing, the council did not provide the ombudsman with the evidence it needed to close the case until it was threatened with a High Court witness summons.

The evidence it finally provided in October 2020 showed that instead of carrying out a fresh review, the council relied on one it carried out in July 2019. The annual review meeting eventually took place in July 2020.

In the second complaint, the council failed to conduct a proper review of the man’s EHC Plan in July 2018 and delayed issuing the plan. Some aspects of the man’s health provision, including immunisations, updating orthopaedic boots and dental treatment, were wrongly removed from his draft plan. When the family objected, the council issued a final plan identical to the draft.

Michael King, local government and social care ombudsman, said: ‘These are not the first cases involving the family that I have upheld. We have been investigating problems the family has faced since as early as 2010.

‘The council has had plenty of time to get things right for the family. That it is still failing them is incredibly disappointing and I call on it to review why this is and apologise.

‘It is also disappointing the council has not yet agreed to my recommendations. I urge it to accept the improvements I have recommended to the services it provides to families of children and young adults with Special Educational Needs in the borough.’ 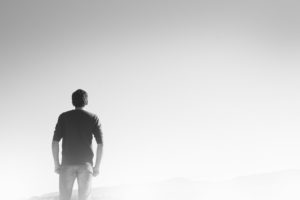 The ombudsman said the council should apologise to the family and pay them £200 to recognise the further frustration and uncertainty caused by its failure to comply with the previously agreed action.

It should also pay £750 to the man for the lost opportunity to have his health needs considered properly and a further £750 for the father’s avoidable distress and time and trouble. It should also arrange a meeting between the council, the parents and the Designated Clinical Officer.

The council should also make a number of improvements to show how it now ensures it issues amended EHC Plans without delay.

A spokesperson from Redbridge Council said: ‘First and foremost, the council always endeavours to act in the best interests of our residents.

‘We made all the necessary support available to the young person and their family at the time, though we recognise that the family did not access that support for reasons which were beyond the control of both the family and the local authority.

‘The council consistently co-operates with the Ombudsman and despite the demands of Covid-19, we engaged in extensive correspondence with them in this case.

‘It is disappointing that the ombudsman chose not to consider the detailed evidence that we put forward. Naturally, we take all reports from the ombudsman very seriously, but on this occasion, we believe the LGSCO has made a judgement based on their perception of the role of local authorities in meeting the needs of students with special educational needs, rather than what our duties and responsibilities actually are in the SEN Code of Practice.

‘However, we would not wish to put any family in the middle of a difference of view between the Local Authority and the LGSCO. Therefore, we will work with our partners in the NHS to consider the LGSCO recommendations because of the priority which we place on putting our residents first.’