The chair of the Independent Care Group (ICG), Mike Padgham will meet care minister Helen Whately today to discuss the challenges facing the care of older and vulnerable people in the UK.

Mr Padgham will tell the minister that social care providers are in a battle for survival after years of neglect and chronic under-funding was exacerbated by the ravages of the Covid-19 pandemic.

He will appeal to her to persuade the government to press ahead with vital reform of the sector and present her with the ICG’s blueprint for social care post-Covid-19. And he plans to invite her to North Yorkshire to see the challenges for herself.

Mr Padgham said: ‘I am delighted to have this long-awaited opportunity to meet the Minister and to discuss the current dire challenges facing the social care sector.

‘I am grateful to her and hope to get across just how perilous the situation in social care is at the moment and to urge her to press for urgent reform.’

Mr Padgham will tell the minister that care settings are now facing a battle for survival against financial ruin following the pandemic.

‘The soaring costs associated with Covid-19, including higher staffing costs, extra PPE costs and high insurance premiums, have exacerbated an already perilous situation for many.

‘Now they are also facing reduced occupancy levels, pushing many to the brink of survival.

‘We know that things are hard and the government faces lot of big financial costs at the moment. But we cannot allow the treasury to stand in the way of the reform social care needs any longer.’ 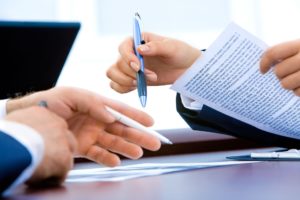 He will remind the minister that £8bn has been cut from social care spending since 2010 with the result that at least 1.5m people are now living in this country without the care they need.

A shortage of staff means care settings are struggling to provide the care that they can offer – there are at least 120,000 vacancies in the care sector on any one day.

Previous governments have all promised reform and when he was elected, current Prime Minister Boris Johnson promised to get social care done. He is yet to deliver.

Mr Padgham said: ‘If social care gets the reform it has been promised, hundreds of thousands of people will get the care they are currently denied and staff will get the recognition they have earned. The economy will get a boost from a properly funded and economically viable social care sector.

‘If it doesn’t get that reform, thousands of care providers will go to the wall at a time when the country needs them most. The number of people not getting the care they need will rocket into the millions and thousands of jobs will be lost.

‘This is an opportunity for the Minister’s Government to go down in history, as Bevan did with the NHS, as the administration that finally creates a properly-funded, sustainable and successful social care sector that this country craves and deserves.’