Young refugee becomes architect after being placed with foster carers

A young refugee who was placed with foster carers at the age of 12 after a tough start in life has achieved his dream of qualifying as an architect.

Salman, now 25, was taken under the wing of a supportive family after arriving in England following a treacherous six-month journey, often walking through snow and mountains in remote areas, escaping war-torn Afghanistan.

He is now supporting the work of Place to Call Home, a partnership project between local authorities in the East Midlands, led by Leicestershire County Council, aiming to recruit foster carers to support young refugees as they grow and adapt to their new lives.

Salman was initially found walking next to the motorway and was taken to a police station for the night, before spending a few weeks in temporary foster care in Leicestershire.

A month later, Salman’s social worker found him a permanent placement, with a fostering family closer to the culture he was raised in, which he found helped him to feel more settled and comfortable.

Having always been interested in architecture as a child living in Afghanistan. He also found inspiration from his foster carers’ children.

Salman achieved his master’s degree in architecture this year and is looking forward to the delayed graduation ceremony in 2022. He said:

Salman said: ‘It was hard at first. There were a lot of cultural differences. But they taught me English – alphabet and sentences – and to try hard.

‘When I went to school, I was shocked at the facilities they had. It was so different from what I knew, there was even carpet on the floor! I knew I needed to organise myself to sit my exams and pass, and I had fantastic teachers and so many opportunities.

‘They have got degrees; they are accountants and doctors. There were photos of their graduations outside my bedroom, every time I came out. I wanted my photo on that wall too.

‘I had an aim and inspiration to keep working hard and I’ve been lucky to have great people around me. People are here to help you. There are a lot more good people than bad ones.’ 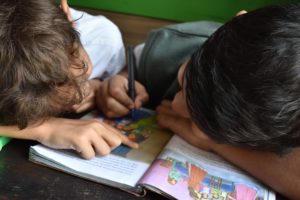 Asked what advice he would give to anyone thinking about becoming a foster carer for young refugees, Salman said: ‘Just be genuine and don’t give up.

‘It takes a long time to build trust, you need to get inside a child’s mind. They’re very scared, they have just left their families and meetings with social workers are very formal.

‘You have to find trust, by talking and listening to them. Maybe treating them, giving them something to give you an opportunity to say something and find a similar page with the child. You have to show a lot of care and help them understand in a nice way about cultural differences here.

‘I’m happy from all my interactions with social workers, my foster carers, even the police who picked me up. If I can inspire one person in all humanity to help, a lot of people helped me and I’ll keep knowing that I’m here because of you.’

Deborah Taylor, lead member for children and families for Leicestershire County Council on behalf of Place to Call Home, said:

‘Salman’s story is inspiring; he’s a young man who has dealt with many hardships but, with the support of a kind and loving family, has flourished and achieved a life ambition. We wish him well in his new career as an architect.

‘I would encourage anyone who feels they may have the necessary skills or experience to foster to come along to our upcoming virtual information event to find out more about how they could change the lives and futures of young refugees.’