Care staff are nearly twice as likely to turn down a Covid jab if they’ve been threatened or not given vaccination advice by their employer, according to a UNISON survey.

The union said the findings, based on responses from more than 4,000 workers across the UK, including those in care homes and out in the community, suggest forcing care employees to get the jab is likely to backfire.

The union said widespread take-up of the Covid-19  vaccine across the care workforce is essential. But it believes government plans for mandatory vaccinations would be counterproductive and could trigger employee shortages in a sector already in crisis.

The union has detailed its concerns in evidence to a Department for Health and Social Care consultation on proposals to make the jab compulsory for workers in care homes for the elderly in England.

The majority (88%) of care workers taking part in UNISON’s survey had received a jab, compared with just over one in ten (12%) who had not.

The most common response from non-vaccinated staff was they had simply turned down the offer (65%). This was followed by other reasons (24%) such as pregnancy, the desire to do more research or because they were still waiting for an appointment.

The remaining staff who hadn’t been vaccinated said they had a medical exemption (7%), had been off work sick (7%) or that appointment times offered did not fit their shift patterns (6%). 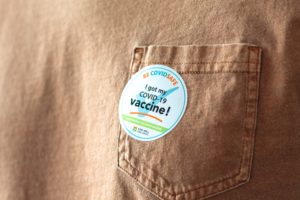 Overall, more than two thirds (68%) of those who took part in the survey said their employer had provided support and advice about the Covid vaccine.

But nearly a third had received no helpful advice from their employer (33%), with 18% of these staff saying employers had imposed a deadline for them to get the jab.

A further 9% said their boss threatened to sack them if they turned down the offer of vaccination, and (3%) were told their pay would be cut. Others (60%) talked about bullying, emotional blackmail, or threats of no more shifts.

UNISON said the government should take alternative steps to compulsory vaccination to boost take-up such as a major advertising drive, asking vaccinated staff to reassure hesitant colleagues, and targeting resources at areas where uptake is low.

UNISON senior national officer for social care Gavin Edwards said: ‘Vaccinations are the way out of this pandemic. But forcing staff to get jabbed won’t work, nor will threats and bullying.

‘The government should concentrate on persuasion and reassurance. The care sector is facing huge staff shortages. This already dire situation will only get worse if employees feel coerced and unsupported.’