Investing in accessible post-hospital care for hip fracture surgery is one of the best ways the NHS can provide better care for patients and free up additional capacity in hospitals, according to a study by the International Collaborative on Costs, Outcomes and Needs in Care (ICCONIC).

The study used electronic medical records to compare the quality and cost of care between 11 OECD countries and their health care systems, including the NHS in England.

The study looked at pre-pandemic data from 2014/14 to 2017/18 and found that England had the highest mortality rates of any country, although still performed relatively well on other measurements of hospital care.

The data for England, which was compiled and analysed by the Health Foundation, focused on high-need older patients and found interesting comparisons to other countries with hip fracture patients.

High mortality rates are occurring in patients post-hip fracture surgery despite England and the NHS performing well in care measurements elsewhere. 84% of hip fracture patients received surgery within 48 hours, which was only second to Sweden with 85%, with responsive surgery recommended as a key component of high-quality care. However, one year after the initial hospital admission, 31% of English patients had died, compared to 25% of Swedish patients.

The Health Foundation suggests that these findings add weight to national audits that have identified several areas for improvement in the care of hip fracture patients. 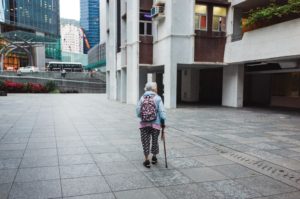 One noticeable difference in care for patients in England compared to other countries who have more positive data – such as Canada, where a 23% mortality rate one-year post-surgery, and France, with 20% – is that patients in England spend an average of 21.7 days in hospital after surgery, which is the highest of all 11 countries evaluated.

Although The Health Foundation says this warrants further investigation, as it is difficult to draw comparisons between health care systems, it seems to suggest a link between shorter stays in hospital being best for patient wellbeing.

Indeed, the independent charity says that there is a broad agreement that hospital is not the most conducive place for rehabilitation in older, frail patients, and by investing in post-hospital care there may be scope to reduce hospital stays for hip fracture patients as well as deal with the backlog of care the NHS currently faces.

Dr Jennifer Dixon, Chief Executive of the Health Foundation, comments about the research:  ‘The findings of the ICCONIC study warrant urgent further investigation, particularly the finding of higher mortality among patients with hip fracture in the year after their admission for emergency treatment. The study suggests there is a significant opportunity to achieve higher quality care for patients, in part by learning from how other health systems deliver care and the investment it takes to do so.

‘That patients in England with hip fracture spend far longer in hospital after surgery than they would in other countries also highlights an opportunity to improve efficiency by reducing the avoidable use of hospital care. Less avoidably long stays would mean existing capacity could be better used to address the backlogs in hospital care as a result of the pandemic. This could contribute to both better outcomes for patients and – as hip fracture is the most common reason for emergency surgery – significantly improved productivity for hospitals across the country.

‘This ICCONIC study is innovative in using patient level data to compare the quality of care across different health systems. The findings should be viewed alongside other comparative studies which together can give a more rounded picture of the performance of the health system in England relative to other countries for the investment made.

ground, and the ability of clinical teams and NHS policymakers to act to improve care. However, there is now a clear opportunity with the introduction of new integrated care systems to make a step change in terms of linking up patient data and using the insights generated by this to reduce delays in discharge and improve quality of care and patient experience.’