The All-Party Parliamentary Group for the Future of Work has released a new report which says that an ‘accountability for algorithms act’ would ensure that companies are evaluating the effect of performance-driven Artificial Intelligence (AI) regimes on their workers.

The APPG particularly emphasised the effect that performance-driven algorithms can have on workers mental health, with their new report saying: ‘Pervasive monitoring and target-setting technologies, in particular, are associated with pronounced negative impacts on mental and physical wellbeing as workers experience the extreme pressure of constant, real-time micro-management and automated assessment.’

The report also stressed that the use of AI and algorithms produced a lack of independence, unfairness, and unachievable goals amongst workers.

The APPG suggested in this report to bring a new Accountability for Algorithms Act into place, which would help monitor these issues, to make sure that the future is ‘human-centred.’ 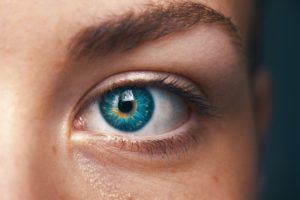 The act would include workers gaining the right to be involved in the algorithm designs that are used to decide everything from shifts to getting the job to begin with, as well as recommendations for corporate employers to fill our algorithmic impact assessments, to figure out any potential issues that may arise.

The APPG further recommends that expanding the new umbrella body for digital regulation, the Digital regulation Cooperation Forum, to introduce monitoring such as certification and guidance around the use of AI would also be helpful.

The APPG writes in their report: ‘In our view, the Government must take this road if it is to meet new challenges and seize the potential of modern technology to fulfil the ambitions of the AI Strategy and improve future work and working lives across the United Kingdom in service of the public interest.’