Hundreds of rare disease patients were given a diagnosis for the first time due to a new genome study.

The 100,000 Genome Project was established to study around 85,000 NHS patients who are affected by a rare disease or cancer.

The study, which was led by Genomics England and Queen Mary University of London, is the first time that the whole-genome sequencing has been used in a healthcare system and applied to many patients with rare diseases.

The project states that ‘Combining genomic sequence data with medical records has created a ground-breaking research resource’, with scientists saying that this approach to medicine can lead to better care, more focused treatment, and an ability to save NHS resources. 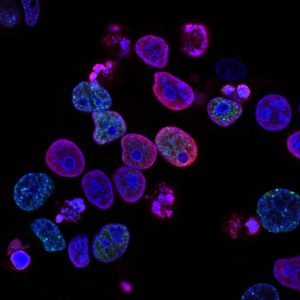 More than 2,000 families took part in the study, which started in 2013, and one in four received a new diagnosis on top of one they already had. Many of those who took part had gone through years of testing and appointments without any answers. 14% of those diagnosed were found in regions of the genome that other methods of testing would have missed.

Queen Mary’s Prof Sir Mark Caulfield, who was also former chief scientist at Genomics England, said it shows a ‘major advance,’ and that this technique could be given at the first sign of symptoms, with the study paving the way for the NHS to adopt this technique in diagnosis.

Genomics England added: ‘The supersonic age of genomics has begun. And just as the NHS has been at the forefront of scientific breakthroughs before, the NHS is at the forefront again, with its patients benefiting from all that genomics offers, becoming the first mainstream health service in the world to offer genomic medicine as part of routine care for NHS patients.’