With the removal of the £20 top-up to Universal Credit, it is expected that 290,000 more children will fall below the poverty line, according to the Legatum Institute think tank in London, to the detriment of their health.

Cuts to Universal Credit are expected to have a direct impact on children’s health, with hundreds of thousands of children being pushed below the poverty line.

In the UK, poverty is defined as living in a household that makes less than 60% of the country’s median annual income, which is £17,994.

23% of children qualified for this in 2020 and is only expected to grow as these new Universal Credit cuts are introduced.

Although there has been no formal risk assessment by the government on what the outcome towards children will be from these cuts, as the £20 top-up was deemed only a temporary measure, it is expected that the cuts will have a direct and significant impact on children’s health, learning and wellbeing. 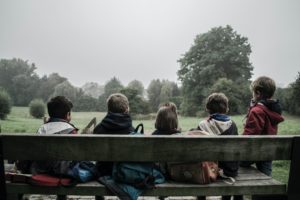 A survey of paediatricians conducted by CPAG and the RCPCH showed that ‘more than two-thirds said that poverty and low income contribute ‘very much’ to ill-health among their patients, and almost half believe this has worsened in recent years.

Children who grow up in poorer households are more likely to develop mental health conditions and struggle with schooling, whilst the poorest teenagers are at emergency departments at hospitals 70% more often than the richest.

Growing up around parents that are worried about their finances can also contribute to higher stress in children, which provokes immunological responses to stress that is more likely to result in chronic illness or ill health, combined with less access to good nutrition, diet and hobbies.

Socio-economic status can also affect children’s ability to concentrate or focus, which can have a knock-on effect in school.

In related news, schools in the UK are trying to make up for pandemic related closures and disruptors, which have affected households with less income disproportionately, however, there were just under 250 thousand Covid related absences in the week before half term, with cases of these rising nationally to 3.2%.