Gender socialisation and differing presentations in women with ADHD compared to men leave women underdiagnosed or diagnosed far later in life – to their detriment and, often, grief, confusion and anxiety.

For many, an ADHD diagnosis can compile a host of symptoms that otherwise seem to suggest many separate different disorders – therefore, when diagnosed, it can feel like a lightning bolt of clarity.

Hester Grainger, co-founder of Perfectly Autistic, says her diagnosis made her life make sense: ‘When I was diagnosed, it was like everything suddenly made sense. Oh – that’s why I failed my maths GCSE three times! That’s why I had to start my university dissertation so early – I had to give myself the best shot possible. I have to work five times harder to achieve the same thing somebody without ADHD does, and I always think about what it would have been like if I had been diagnosed younger. I had to fight to get my own daughter diagnosed, too.’ 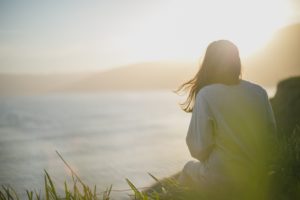 Gaining a diagnosis at an early age can make the difference between getting the help and extra support that a person needs in their everyday life, and feelings of shame, anxiety, and depression around feelings of inadequacy. ADHD can come with many positive traits such as creativity, passion, great problem-solving skills, authenticity, working under pressure and more, but has major symptoms in lack of executive functioning and dopamine, which can make focusing on day-to-day household or repetitive tasks difficult.

Hester went on to say: ‘For me, I wasn’t diagnosed until I was 43 and had children of my own who needed extra support with similar issues. I saw what they were going through and realised that was also me. I didn’t realise I was different. I didn’t feel different. I thought everybody felt like me. I was quite outgoing, I talk a lot – I just thought maybe everybody handles [life] better.’

Misconceptions of ADHD and how it presents in women means that women are one-third less likely to be diagnosed than men, even though the disorder is equally prevalent and causes more impaired function in women, according to a recent study.

Whilst NHS data suggests that ADHD diagnoses are on the rise for both genders in England, only 33,000 women were diagnosed in 2019-20 compared to over 100,000 men. Women are, instead, often viewed as having mental health issues, such as anxiety or depression, as gender bias continues to disrupt the health care diagnosis system.

ADHD diagnoses have long been based on how people with ADHD affect those around them; caricatured as the disruptive, naughty boy at school.  Listening to the real presentations of ADHD, which include women just as much as men, we are finding out that neurodivergence can present in many more ways than we first thought. Diagnosis is the first step in helping neurodivergent women understand their ADHD, and, for many, there have been signs all their life.