Millions of unpaid carers are being pushed to breaking point with many struggling to cope with the extra pressure Covid-19 is putting on social care services, warns Carers UK.

The charity is calling on the government ahead of the Comprehensive Spending Review to urgently invest in social care over the next three years to help unpaid carers across the UK.

New research from Carers UK’s State of Caring report, which will be released in full next month, reveals many of the services that unpaid carers depend on to help their loved ones have been reduced or closed.

More than half of unpaid carers (55%) who use crucial day services have reduced or no access and only 13% of carers are confident that they would get the support they need in the next 12 months.

One in five unpaid carers (20%) who work said they would be forced to reduce their working hours or would be at risk of giving up work altogether if they do not get affordable and accessible care to support them working where needed.

Helen Walker, chief executive of Carers UK, said: ‘Unpaid carers have been ignored and put under enormous pressure for years but we are at a crossroads where without adequate funding for social care now, carers will be pushed over the edge. As any additional social care funding will not start this winter, carers could be facing a difficult future.

‘They will not be able to cope if we go on like this and the social care system they prop up would collapse without the care they provide. The Comprehensive Spending Review must recognise this and invest in our unpaid carers, or we risk sleepwalking into a new social care crisis. The Chancellor has the power to change carers’ lives significantly for the better if he funds social care properly now.’ 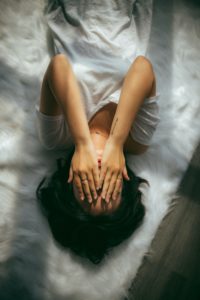 Carers UK estimates the number of unpaid carers increased by 4.5m at the height of the pandemic to 13.6m. Unpaid carers also saved the UK economy £193bn a year during the pandemic.

Dorothy Cook, from Bristol, cares for her husband Melvin who has advanced brain disease and has been hugely affected by cuts to social care. The impact of a staffing crisis and years of underfunding in social care means she has had to care for him for longer – at times on her own – and take fewer breaks.

Dorothy said: ‘I’m scared for the future and I don’t know what will happen to us in 12 months’ time. We’ve been together for 47 years, but his illness is progressing. It’s heart-breaking to see someone you love deteriorate but it’s made worse when you don’t have enough help to care for him practically. Unpaid carers are on our knees with exhaustion and we need help.’

Carers UK is calling for: