Research has revealed that false perceptions of schizophrenia are rife, with many people indicating they would not want someone with schizophrenia looking after their children or holding certain job roles.

Misconceptions about the condition have led some people to believe that those with schizophrenia are dangerous and aggressive, with around one in five incorrectly believing it can be caused by substance abuse.

The research, sponsored by Toluna and XSIGHTS on behalf of the ESOMAR Foundation, surveyed a representative sample of 1500 adults in the USA, UK, South Africa, France, India, and Brazil between May 7 and May 16 2021.

The findings showed that, despite nearly half of the respondents across all countries surveyed (48% – Brazil; 42% – India; 44% – South Africa; 51% – UK; 47% -USA) having experienced a mental health problem themselves (except France at only 26%), the stigmatisation of schizophrenia has resulted in negative perceptions of the condition.

One way of measuring stigmatization is through understanding the personal distance respondents would like to keep between themselves and people with schizophrenia.

Another way of measuring stigmatization is through understanding the economic and public distance respondents would like to keep from people with schizophrenia. 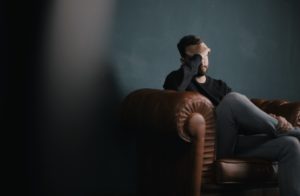 Frederic-Charles Petit, CEO and founder of Toluna said: ‘Mental health and wellbeing is important to all of us, our families, friends, colleagues, and wider communities.

‘So it is critical, now more than ever, that we are mindful of this and we consider how we can raise awareness, break down barriers, and support each other in our daily lives.

‘We, at Toluna, are proud to support the ESOMAR Foundation in its effort to understand public perceptions of schizophrenia through access to our global panel in the USA, UK, South Africa, France, India, and Brazil.’

Çi?dem Penn, Founder and General Manager of XSIGHTS said: ‘Our survey reveals the extent to which we all need to be inclusive towards persons with mental health problems, and with schizophrenia, in particular.

‘The findings describe how stigmatisation inhibits any chance of leading a balanced life and how it results in  exploitation, victimisation, chronic poverty, and eventually suicide.

‘Each country has its own way of dealing with schizophrenia, but all share the same need for raising awareness about the condition, its causes, and course.

‘It is, however, very encouraging to see that great numbers of respondents are willing to provide support and be more inclusive towards patients.’