Poorest will be hardest hit by lack of government energy plan

UNISON has warned that the poorest will be hit hardest by the government’s failure to implement an energy plan after the rising cost of wholesale gas forced a number of smaller providers out of business.

The business and energy secretary Kwasi Kwarteng held a series of meetings with senior executives from the energy industry on Saturday (September 18) to discuss the impact of high gas prices, driven by international supply and demand factors.

He said the security of energy supply was not a cause for immediate concern within the industry and that the UK benefits from having a diverse range of gas supply sources, with sufficient capacity to more than meet demand. As previously stated, the UK’s gas system continues to operate reliably and we do not anticipate any increased risk of supply emergencies this winter.

‘The government’s lack of an energy plan has made a bad situation much worse. Allowing the market free rein, with multiple energy suppliers fighting for consumers, was always going to end in disaster.

‘Millions of low-income households are feeling the strain of the growing cost of living crisis. Now soaring energy bills will add to their already considerable economic hardship. 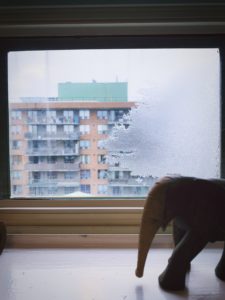 ‘The government has failed to put in place an energy efficiency programme for every house and business in the land. This would have cut consumption, kept people warm and bills low.

‘The failure of ministers is lamentable. Poorer households already spend a higher share of their income on fuel. More affluent families can afford energy-efficiency measures, but lower-income workers cannot.

‘No one should have to choose between eating and heating. But this winter care workers, teaching assistants, hospital porters and other essential workers will have to do just that. The government must scrap the universal credit cut and start getting to grips with the energy crisis.

‘Ministers should consider taking the retail energy suppliers into public ownership and start buying energy on behalf of UK homes and businesses. That could be done for a low cost and would give immediate relief, while ministers focus on securing energy at more stable price levels.’

Kwasi Kwarteng said: ‘Government initiatives such as the Warm Home Discount, Winter Fuel Payments and Cold Weather Payments will help ensure those most vulnerable are better able to heat their homes over the colder months.

‘The Energy Price Cap is also in place to protect millions of customers from the sudden increases in global gas prices this winter.’