Ealing council has agreed to review whether it works with a home care provider in future after it was found to have falsified records during an Ombudsman investigation.

The Local Government and Social Care Ombudsman was asked by a grieving daughter to investigate the care provided to her elderly mother by Metro Home Care, which was commissioned by the London Borough of Ealing, after she left hospital following a fall.

The daughter complained that during the 10 days she was out of the hospital and cared for by the agency, her mother developed bed sores on her feet that were so serious, the hospital said they had become necrotic, and were at the most serious stage.

The agency had been commissioned by the London Borough of Ealing to visit the mother four times a day to provide help with taking medication and personal care. However, the daughter complained the carers were not always on time, and sometimes did not show up at all.

The daughter also had serious concerns about the safeguarding investigation carried out by the council following the mother’s second admission to hospital.

The daughter provided the Ombudsman’s investigation with photographs of care notes taken when her mother was admitted to hospital.

The notes provided by the agency were entirely different, they had different handwriting and the names of one of the care workers was spelt differently, and the times, durations and activities carried out for each visit were different on almost all occasions.

The falsified notes even recorded care workers had called the GP and district nurse on three separate occasions. The original notes showed no recordings of those calls, and this was backed up by the Ombudsman’s enquiries of the mother’s GP.

The Ombudsman’s investigation found there was no evidence the council took any immediate action following the hospital’s safeguarding referral.

The social worker did not ask for the woman’s care records until five months after the council’s investigation started, in April 2019. The care agency told the social worker it had carried out its own investigation and found it had provided the mother with an appropriate level of care. The council accepted this. 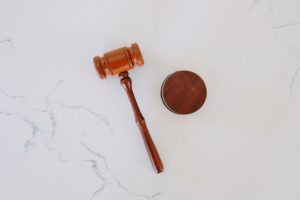 Michael King, local government and social care ombudsman, said: ‘When care workers are trusted to look after vulnerable people in their own homes, particularly when sourced by their local authority, families have a valid expectation the service they provide will be sensitive and professional. Sadly in this case, the care provided to the mother was inadequate at best.

‘The care agency has not been able to provide me with any reason why the notes it sent to me were different from the contemporaneous notes provided by the woman’s daughter.

‘The original notes I received suggest the care workers did nothing when it became apparent the mother was having difficulties standing, and was feeling unwell.

‘Had medical professionals been called in, the mother’s bedsores could have been spotted sooner.

‘Chillingly, the records the agency provided to my investigation show the care workers were either early or late on 21 out of a possible 36 occasions – and on three occasions the notes suggest there was no visit at all.

‘Although councils can contract out care to agencies, they cannot contract out responsibility for that care, so I have also found fault with London Borough of Ealing for the care provider’s actions.

I am pleased the council has accepted my recommendations to improve services, however they are delivered, to people in the borough.’

The council has agreed to apologise to the daughter and pay her £1,000 to acknowledge the unnecessary and enduring distress caused. It has agreed to provide feedback to the care agency about this investigation and consider its continuing working relationship with the agency, and the checks that the agency needs to put in place to ensure it is meeting the fundamental standards of care.

The council has also agreed to ensure any of its relevant staff are aware that care plans for people with pressure sores should include details of the care required to manage them, and they know of the procedures and timescales for carrying out safeguarding investigations.

A spokesperson for Ealing council said: ‘The council accepts the Ombudsman’s findings and recommendations and, while we have already informally apologised to the family, we will make a formal apology and ensure the full compensation is paid as soon as possible.

‘We are taking immediate corrective action in relation to the agency in addition to reviewing our safeguarding and contract compliance arrangements and have already made improvements both locally and on a pan London basis in recent months.

‘The provider remains suspended from further use by the council. Consideration of any continued working relationship with them will be managed and assessed through a formal risk review process which will include relevant partners.

‘We take seriously our commitment to ensure there are responsive systems in place to manage risks to vulnerable adults. Like all councils, we contract out the delivery of personal care to CQC regulated agencies, however, we also accept that as commissioners we cannot contract out responsibility for that care.’