Manchester children who were out of education before the first national lockdown are to have their cases reviewed following a Local Government and Social Care Ombudsman report.

That review, along with a review of the City Council’s policies for alternative education, are part of a number of changes recommended by the Ombudsman after its investigation found problems in how the council handled the case of a boy who was not able to attend school because he was medically unfit.

The Ombudsman found the council did not provide education for the boy, who has complex needs causing certain behavioural and learning difficulties, after he formally stopped attending school in early April 2019.

His grandmother, who has parental responsibility for him, said the boy was being bullied and his health and special educational needs were not being met.

The Ombudsman found the council should have provided alternative education from the end of April when the boy’s GP confirmed he was medically not fit to attend until it named a special school in his final Education and Health Care (EHC) plan in mid-August 2019.

The Ombudsman has also found fault with the way the council communicated with the boy’s grandmother. It failed to tell her a place was available in her preferred school, which specialised in children with emotional and mental health difficulties.

Instead, the council waited till it had received details of a second school, which specialised in education for children with autistic spectrum conditions, and named the second school in the grandson’s plan. 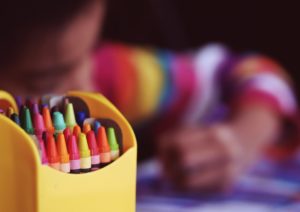 By the time the grandmother had disputed the provision in the boy’s EHC plan at the Special Educational Needs and Disabilities Tribunal (SENDIST), her preferred school no longer had a place available. The boy has not received any education except for that which the grandmother has arranged for him.

‘At the heart of this case is a grandmother caused unnecessary distress by the council’s poor practice. It decided her grandson’s mainstream school was suitable, despite all evidence from healthcare professionals that it was not. When it did recognise the school was not suitable, it still maintained it was suitable until it found an alternative.

‘This is yet another case of councils failing to provide alternative education for children who are out of school through no choice of their own. That we are upholding more than four out of five investigations in similar circumstances, points to serious systemic problems affecting some of the most vulnerable children.

‘I welcome the council’s acceptance of my recommendations and hope the changes it now will make will ensure the city’s children receive the education they are entitled to.’

The council has agreed to apologise to the grandmother and pay her £1,000 for the additional pressures placed on her by its faults and a further £250 for her time and trouble in pursuing the matter.

It has also agreed to pay her £1,800 for her grandson’s educational benefit for the three months he has been without education.

The council has agreed to review its alternative education policy and review the cases of pupils out of education between April 2019 and the start of the first national lockdown, to ensure other children have not been similarly affected by the issues in this case.