A Nottinghamshire man was barred from visiting his mother after he raised concerns about her welfare to the care home in which she was living, the Local Government and Social Care Ombudsman has found.

The man’s mother, who had dementia, had been living in the council-commissioned Berry Hill Park Care Home. The man raised safeguarding concerns with the home after he found bruises on his mother. He said this was not an isolated incident and threatened to remove her from the home.

A few days later, following an incident between the man and staff, the care home banned him from visiting. The care home did not give the man, who visited every day, any warning or discuss its concerns before issuing the ban.

The council carried out a safeguarding investigation which looked into a number of concerns raised about the mother. It found another resident had caused the reported bruising, the mother did not always have easy access to water, and there were times when she was wet or soiled but this was not the fault of the care home.

The man complained to the Ombudsman. The Ombudsman’s investigation found the care home at fault for the way in which it banned the man from visiting his mother. It had failed to properly consider whether the ban was necessary, the least restrictive option and the impact this might have on the mother. It also found that when the care home lifted the restrictions, it did not carry out a risk assessment.

The Ombudsman also criticised the home for not considering the mother’s fundamental human right to a family life when banning the son, and for making assumptions, contrary to the Equality Act, about the son’s actions.

The Ombudsman also found the council at fault for the delay in telling the son the outcome of its safeguarding investigation. 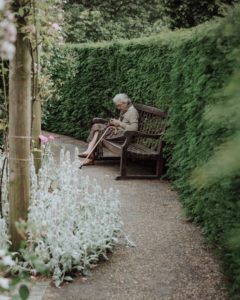 Michael King, local government and social care ombudsman, said: ‘It is vitally important for care providers to have solid policies and procedures in place for situations in which they are considering restricting access to residents. They need to take into account residents’ social needs and consider less drastic options before taking the ultimate step.

‘I welcome the council and care home have accepted my recommendations and hope the training that will be put in place will ensure no other relatives are unjustly discriminated against in future.’

In this case, the council has agreed to apologise to the son and pay him £650 for the distress and time and trouble he was put to. The council has agreed, through its contract monitoring processes, to ensure the care provider reminds staff about the actions to take before excluding a person from a care home and the importance of recording risk assessments.

A spokesperson for Berry Hill Park Care Home said the incident occurred back in 2018 and none of those involved to work in the home.

‘The health, safety, and wellbeing of those living in our homes are our highest priorities, and we know families play a vitally important role in our Residents lives and strive to keep people connected.

‘This incident occurred back in 2018 and the actions of the team at the time were not in line with our process of responding to family concerns, our ethos and values of how we engage and support families, or our commitments as a signatory of John’s Campaign. Put simply, barring a family member from visiting a home is not something we ever want or seek to do.

‘We deeply regret and apologise for this historic situation which in no way represents the care provided at the home today, or the kindness and compassion of our team. None of the staff involved in the previous incident continue to work at the home.

‘Further, there have been a number of positive changes at the home over the past few years, and our new Home Manager has worked hard, alongside the local team, to provide kind, high-quality care at Berry Hill Park, achieving and maintaining a CQC rating of ‘good’.’

Melanie Brooks, corporate director for adult social care and public health at Nottinghamshire County Council, said: ‘We accept the Ombudsman’s findings and apologise to Mr C for the distress and frustration he has experienced.

‘We will work with care providers to ensure the recommendations are carried out and the correct procedures are followed before a person can be excluded from a care home.

‘We will also remind our own staff about the importance of telling people the outcome of safeguarding investigations as quickly as possible and ensuring that follow-up actions are recorded and completed.’