A drug company has been fined more than £40m after it increased the price of crucial thyroid medication by 1,110%.

An investigation by the Competition and Markets Authority (CMA) found that Advanz increased the price of thyroid tablet packs from £20 in 2009 to £248 in 2017, an increase of 1,110%, making the drug unaffordable for the NHS.

They achieved this because the tablets were among a number of drugs that, although genericised, faced limited or no competition and therefore could sustain repeated price increases. This strategy, which began in 2007, involved an overall price increase for liothyronine tablets of more than 6,000%.

The investigation found that the price increases were not driven by any meaningful innovation or investment, volumes remained broadly stable, and the cost of producing the tablets did not increase significantly.

Eventually, the drug was placed on the NHS ‘drop list’ in July 2015. This led to patients being faced with the prospect of having their current treatment stopped or having to purchase liothyronine tablets at their own expense.

The CMA said it is particularly concerning, given that many patients do not respond adequately to the main treatment for hypothyroidism, levothyroxine tablets, and instead rely on liothyronine tablets to alleviate symptoms such as extreme fatigue and depression. 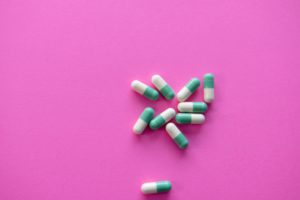 Andrea Coscelli, chief executive of the CMA, said: ‘Advanz’s decision to ratchet up the price of liothyronine tablets and impose excessive and unfair prices for over eight years came at a huge cost to the NHS, and ultimately to UK taxpayers.

‘But that wasn’t all, it also meant that people dealing with depression and extreme fatigue, as a result of their thyroid conditions, were told they could not continue to receive the most effective treatment for them due its increased price.

‘Advanz’s strategy exploited a loophole enabling it to reap much higher profits. This fine of over £100m , and our work in the pharma sector to date, sends a clear message that breaking the law has serious consequences.’

As well as imposing substantial fines, the CMA’s decision makes it easier for the NHS to seek compensation for the firms’ behaviour, by way of damages, should it choose to do so.

The investigation into these firms is part of the CMA’s ongoing work in the pharmaceutical sector.

Recent action includes securing an £8 million repayment to the NHS after companies took part in illegal arrangements relating to the supply of fludrocortisone, and fining firms £260 million for competition law breaches in relation to the supply of hydrocortisone tablets.

A number of other CMA investigations are continuing.