Boris Johnson has refused to rule out a rise in national insurance or income tax to pay for social care reform despite promising not to take such a move at the last general election.

The prime minister was asked at a Downing Street press conference yesterday (July 19) if his 2019 election promise to not raise national insurance or income tax rates still stood.

Mr Johnson side-stepped the question saying that the problem of how to reform social care has ‘bedevilled governments for at least three decades’.

He added: ‘All I can say is we’ve waited three decades, you’re just going to have to wait a little bit longer.

‘I’m sorry about that but it won’t be too long now, I assure you.’

Former health secretary Jeremy Hunt backed an income tax rise and suggested that a levy set at 1% could raise more than £6bn immediately, which he says could help fund social care and clear the NHS Covid backlog.

He said: ‘It’s progress that the social care debate has moved on from ‘whether’ to ‘how.’ This isn’t just because it would breach the PM’s words on the steps of Downing Street, but a growing realisation that with the Covid backlog we’ll never get the NHS back on its feet without social care reform

‘Let’s take as a starting point the HSC report which said the sector needs min £7 bn annual raise in its budget over 4-5 years. This covers a cap, demographic changes and increases in the national living wage but not a big expansion of quality or eligibility.

‘As former chancellor of the exchequer, Philip Hammond managed to fund the £20 bn rise in the NHS annual budget, which I negotiated with him in 2018, without raising taxes. But given post-pandemic public finances, £7+ bn is likely to be too much for any Chancellor to find down the back of a Treasury sofa.

‘One option is uncapping the council tax social care precept. Currently capped at 2% annual rise, it’s been less unpopular than feared (I hardly recall any constituency letters and colleagues generally agree). But soaring council tax bills to pay for social care would change that.

‘Another option is to remove the exemption for pensioners to pay NI. This would only raise £0.5 bn a year and would also breach the manifesto promise. After Philip Hammond’s attempted changes to NI this would be ‘brave’, in Sir Humphrey’s words

‘Then there is a new levy, perhaps set at around 1% of income. This could raise £6 bn+ immediately, actually more than the social care system needs or could cope with right away. But there is something else that does need that funding right away. The NHS Covid backlog is now the most serious for two decades. We are seeing thousands of people waiting two years for surgery for the first time in two decades. That is going to require a big short term increase in capacity.

‘So the attraction of a health and social care levy is it would fund the NHS backlog in the short term and desperately needed improvements in the social care system in the medium/longer term. It would also be transparent about the need for resources and capacity in both sectors.

‘So a health and care premium is the most honest solution, with a sensible debate on whether we’ll fund the new dementia drugs on the way.’ 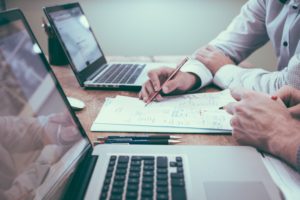 The Prime Minister’s December 2019 election manifesto promised there would be no increase to the rates of national insurance, income tax, or VAT.

When he was elected to the post two years ago he stood on the steps outside Downing Street and said that he had a social care reform plan ready that would be enacted.

In a speech at the Association of Directors of Adult Social Services spring conference in May, former health and social care secretary Matt Hancock also pledged to bring forward proposals to reform and fix social care this year.

Care providers have given a cautious welcome to news that reform of social care could be on the way.

The Independent Care Group (ICG) said it was pleased that care reform seemed to be on the agenda but is waiting to see what is actually announced.

ICG chair Mike Padgham said: ‘We would naturally be delighted if the government announced that it was to begin the reform of social care, we have waited 30 years and currently have 1.5m people not getting the care they need.

‘We wait to see what is actually announced but tackling the crippling cost of social care would be a good place to start. It is wrong that people currently end up selling their home to pay for the care they need.

‘We have long campaigned for better funding for social care and believe that people would be prepared to pay a little more in taxation or National Insurance, or a combination of both, in return for a properly-funded, fair social care system.

‘This might not be the perfect solution to everyone, but we have to make a start and refine as we go along, rather than keep talking.

‘At the same time, this can only be the very start of reform and has to be a part of a root and branch overhaul of the system to make it fit for purpose.

‘We need proper, sustainable funding, for dementia to be treated as other serious illnesses are, and funded accordingly, and for a proper pay and reward structure for social care staff.

‘Capping care costs, however it is done, is only the beginning. A good beginning but just the start.’

The ICG has long campaigned for: