More than six in 10 over-45s favour the government introducing a cap on the amount of money that people needing later life care are expected to contribute before the State steps in to pick up the bill.

Research by retirement specialist Just Group for its Care Report 2021 found that only 13% of over-45s disagreed with the idea of the cap while support for it was higher even than the State picking up the whole bill (52%) for everybody needing later life support.

Stephen Lowe, group communications director at retirement specialist Just Group said: ‘At the moment, no-one knows how much professional care might cost them in the future.

‘Some will face no or modest costs while others will have their costs covered due to having particular health needs. However, an unlucky few will end up needing many years of expensive support that can leave even wealthy people with virtually no savings or assets.

‘The levels of support for capping costs reflects the fact that people know that whether they will need care is a lottery and, while happy to contribute, they fear having to write a blank cheque.’ 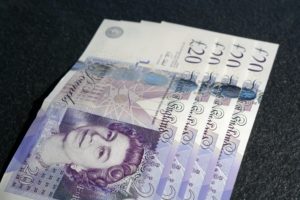 A cap on care costs was proposed in 2011 by the Commission on Funding of Care and Support chaired by Andrew Dilnot which said that about one in 10 over-65s would face care costs of more than £100,000 in their lifetime.

The cap was designed to cover personal care, but not spending on ‘hotel’ costs such as food and accommodation which the individual would still be expected to pay themselves from income.

Legislation for a cap of £72,000 was passed but never implemented. Recent press speculation suggests Boris Johnson is considering a cap of around £50,000 which would still cost several billion at a time the economy recovers from the pandemic.

Stephen Lowe said: ‘The prime minister has to weigh up the cost of any funding reforms against the cost of doing nothing and seeing more pressure put on families and communities.

‘If he wants people to plan for the future and to look forward to later life with confidence rather than fear, then he needs to come good on his pledge to fix social care.

‘There are a number of different ideas doing the rounds, but the principle of a cap is certainly one that a majority of the public seem to broadly understand and support.’