The move has come after a woman’s complaint about the way she was assessed and rejected for adoption by an agency acting on the council’s behalf.

The Ombudsman found the agency carried out an initial assessment of the woman before she applied to become an adopter, predetermining the success of the application. This came after the woman enquired with the agency about adopting after attending one its information sessions.

Statutory guidance states assessments should be made only after people have formally applied to adopt.

During the Ombudsman’s investigation, the agency claimed its method was ‘routine and common practice’ and that the Department for Education (DfE) was ‘fully aware and supportive of the approach’ it was taking.

However, the Ombudsman found this information misleading and the agency later admitted the DfE had not, in fact, sanctioned the practice. 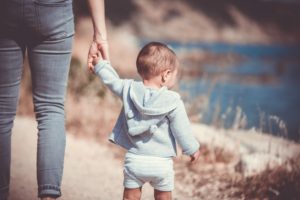 Michael King, local government and social care ombudsman, said: ‘Because the council used the agency’s initial visit to assess the woman’s circumstances, she lost the opportunity to discuss her interest to adopt.

‘During the investigation, the council told us that its recruitment procedure is routine and considered best practice, and is common among other local authorities.

‘I am concerned therefore that other local authorities may be following this route, and would urge them to check their own procedures to ensure they meet statutory guidance.’

The local government and social care ombudsman’s role is to remedy injustice and share learning from investigations to help improve public, and adult social care, services.

The Ombudsman has the power to make recommendations to improve processes for the wider public. In this case, the council has agreed to review its adoption recruitment procedure to ensure it adheres to the Department for Education’s 2013 statutory guidance on adoption.