The Migration Advisory Committee (MAC) has confirmed that it will advise on the impacts of ending freedom of movement on adult social care.

Professor Bell said the MAC will conduct a programme of engagement across the nations of the UK, with governments, employers, social care workers and other interested parties.

It will run a public call for evidence to help produce a report that reflects the wide range of views across the UK and makes use of information respondents are able to provide.

The MAC will also undertake primary research with providers of, and workers in, adult social care to understand their experiences and the impact of ending freedom of movement on them.

Professor Bell said: ‘This is a major piece of work on a complex and important issue.

‘We have seen, during the pandemic, how vital social care is to the health and wellbeing of the UK population.

‘The ending of freedom of movement, following the UK’s exit from the EU, has often been cited as being likely to have a negative impact on social care. You have asked us to consider the size and shape of this impact and potential mitigations if required.

‘We will need to work closely with DHSC to ensure we are aware of, and understand potential impacts of, any other changes to social care that are planned during the period before we report at the end of April 2022.’ 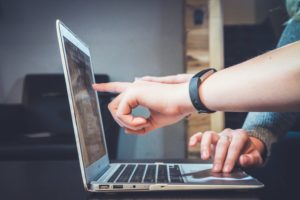 This comes after the minister for future borders and immigration Kevin Foster wrote to MAC chair professor Brian Bell requesting that the committee undertake an independent review of adult social care and the impact that ending freedom of movement has had on the sector.

Mr Foster has also amended the usual commissioning approach, which requires the report to be laid in Parliament before it is made public, and is requesting copies of the review be made available to relevant individuals in No.10, DHSC and the Home Office 48 hours ahead of it being laid.

Professor Bell said the MAC is prepared, on this occasion, to accept the request in light of the commitments given – that it will be strictly time-limited, will not influence the conclusions, or the MAC’s ability to publish at its discretion. It is not expected that this will be repeated for any subsequent MAC commissions.

He said the MAC expect all parties involved will respect the sensitivity of the MAC’s work on such an important subject during the pre-release period.

The report will be delivered at the end of April 2022.