A new programme aimed at levelling up outcomes for vulnerable children and building back a fairer, more resilient system has been announced, backed by £24m.

The new fund will support projects tackling the issues facing the most vulnerable children in society in 2021-22, including Female Genital Mutilation (FGM) abuse, care for unaccompanied asylum-seeking children, preventing adolescents from being caught up in harms outside the home such as gangs and reducing the pressure on the system by reducing court backlogs or improving technology.

Working through England’s network of nine Regional Improvement and Innovation Alliances (RIIAs), it will also provide funding to accelerate the roll-out more family hubs to provide early help, build on existing projects with a proven record of success and offer investment in recruiting, developing and retaining social work staff.

‘The impact of Covid on our services, young people and workforce has been multi-faceted, adding immediate pressures on top of all the longer-term systemic issues and challenges that we face.

‘But it has also highlighted your resilience, driven innovation and formed better, more powerful partnerships locally, despite the challenging circumstances – something in which we can all take pride.

‘I am keen that we work together to support you and your colleagues in the months ahead as we recover and build back better. Sometimes the role of central government is to lead, and sometimes our role is to facilitate and empower others to lead.

‘And that is why I am pleased to announce the department will support a regional approach to Covid-19 recovery, for children’s social care, with up to £24m, by bringing together funding previously allocated to three proven programmes: Partners in Practice, the Innovation Programme and Regional Improvement and Innovation Alliances.’

The Children’s Social Care Covid-19 Regional Recovery and Building Back Better Fund, worth £24m, aims to build firm foundations for future reform through the Care and SEND Reviews.

It will be distributed among the nine regions according plans drawn up by each RIIA and based on local priorities. Each region will be allocated funds worth between £2 and £3 million, including a flat rate of £50,000 for each region to help local authorities play their part in accommodating unaccompanied asylum-seeking children.

It follows the announcement last month of changes to the National Transfer Scheme, with a voluntary regional rota to ensure these children have the support they need by being more fairly distributed around the country. 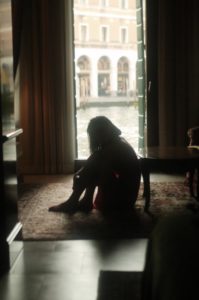 Minister Ford told the conference: ‘We have a duty, as a nation, to provide these children with the care and support they need. Unaccompanied asylum-seeking children can be some of the most vulnerable in our care, having often faced dreadful exploitation from traffickers, and appalling conditions both at home and on their journey to the UK.

‘Sometimes local authorities say that these young people will not want to live in rural areas, or outside the big cities as reasons why some areas feel that they cannot step forward and play their part.

‘I know that meeting these young people’s needs can be challenging, but it can also be very rewarding and there are many examples of local authorities doing excellent work in rising to this challenge.’

The Minister thanked the children’s social care sector for their determination and commitment over the pandemic and urged them to complete a review of their safeguarding arrangements with schools, part of the Government’s response to the findings of Ofsted’s review of sexual abuse and harassment published last month.

It follows the publication of strengthened safeguarding guidance for schools and colleges earlier this week, which will become mandatory from September in all post-16 settings for the first time.

It also strengthens sections of the guidance relating to peer-on-peer abuse, making clear that staff working in schools and post-16 settings should assume that even if no reports have been received, it could still be happening. Updated advice to support safeguarding guidance has also been published.

New data published by the NSPCC today (July 8) shows that the Report Abuse in Education helpline, launched on April 1 and extended until October as part of the response to the Ofsted Review, received 513 calls up to June 30, of which 97 were referred to external agencies such as the police and local authorities.